She’s an Oscar winner, a living legend, and perhaps most notable of all: she was fortunate enough to employ The Tropicale’s Tony Di Lembo as her personal chef.  When asked to describe Barbra Streisand, Di Lembo beams, “She’s a fascinating lady. She was a tough woman to work for; a perfectionist, as you might think. She knew what she liked to eat. It was actually kinda simple because I knew what she liked. You just kinda have to give her what she wanted.” 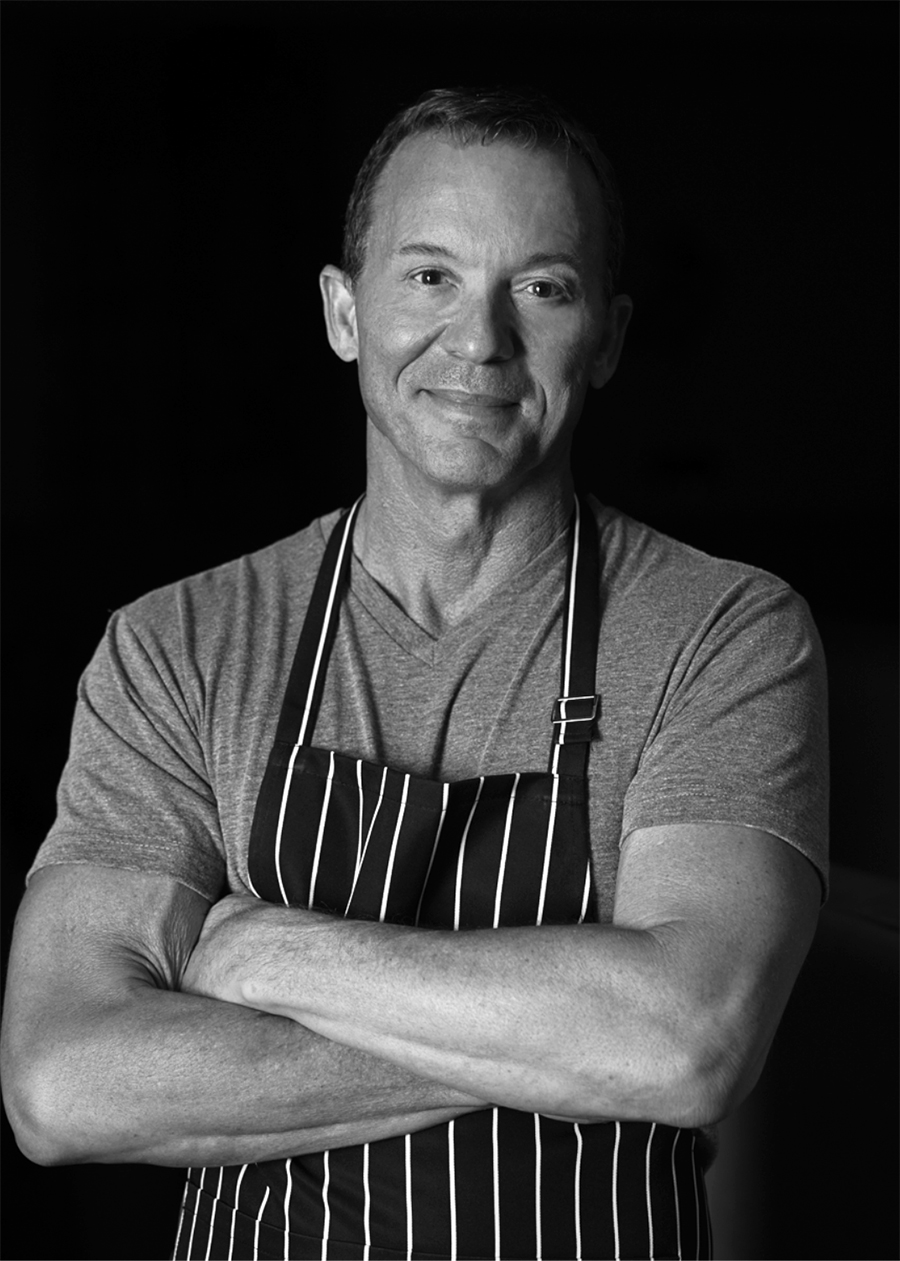 And what she wanted was gourmet perfection on tap. Tony Di Lembo recounts, “It was a lot of work! I can tell you that. There was never a dull moment. A lot of special parties. It was every day, every morning, every afternoon, there were dinner parties every night. It was a lot more work than you might think it would be. I enjoyed it, but I had wanted to do a restaurant and after a couple of years, it was just time to move on.”

When asked if his current menu features echoes of Streisand, Tony Di Lembo demurs. “There’s really no connection at this point, food wise, I don’t think. It’s been quite a while and she was a healthy eater – she followed a macrobiotic diet for a while. I don’t know how she eats now, but the food here isn’t quite like that.”

The Move to Palm Springs

As he was cooking up his next course in life, Palm Springs was simmering seductively on the back burner of Tony’s mind. “I lived in Los Angeles for many, many years, and like most people that lived in Los Angeles, I used to come here every weekend, every other weekend, once a month, maybe twice, to Palm Springs. Y’know, you kinda like it and then it becomes more often and more often and then eventually, you just kinda decide to come here. And that’s what happened.”

Serendipity rippled through Tony Di Lembo’s arrival in our hometown and carried through his search for the perfect location to open his dream venture, The Tropicale. “It came by accident. This building was an auto body shop that was built in 1975 and it had just gone out of business when we saw it. It actually had been closed for a couple of years. Very dilapidated and falling apart. It was just sitting in a prime location. I thought it had a lot of potential for a restaurant and that’s how it started.”

The Table Was Set for Decadence

Tony Di Lembo has delivered on his promise of upscale dining with a festive twist for over a decade. “That whole process started 12 years ago. It took about a year and a half to build the restaurant, so we’ve been here for almost 11 years.”

In that time, Palm Springs has experienced a veritable Renaissance, fueled in part by entrepreneurs like Di Lembo. “Palm Springs 15 years ago was a place where you would come in August and you were alone. There was no one here. No one here! No traffic, like nothing. Now, it’s completely different. There’s traffic all the time. The gyms are full, the grocery stores are full in the summer, even when it’s a hundred and fifteen out, y’know?”

When Tony first settled in Palm Springs, he identified a void in the gastronomic landscape and a rumbling in our collective bellies. “The place needed a restaurant. There just wasn’t a good place to eat and there was this resurgence of realtors and people buying homes – people were moving here. Everybody you met would always say, ‘Oh yeah, I just moved here, I just moved here,’ but there were all these people coming here so you need business to support those people and one of those businesses was a restaurant, so that’s kind of why it all started.”

Since its inception, The Tropicale has served up thousands of smiles and recently spawned a triumphant cookbook of Toney Di Lembo’s feasts and foodie philosophies. “It started about a year and a half ago and it took about a year or so to write and actually, just yesterday we won an award for the book. It’s called an IPPY Award. There were hundreds of applicants and we got the Silver place. So, real excited about that, it was a real surprise.” 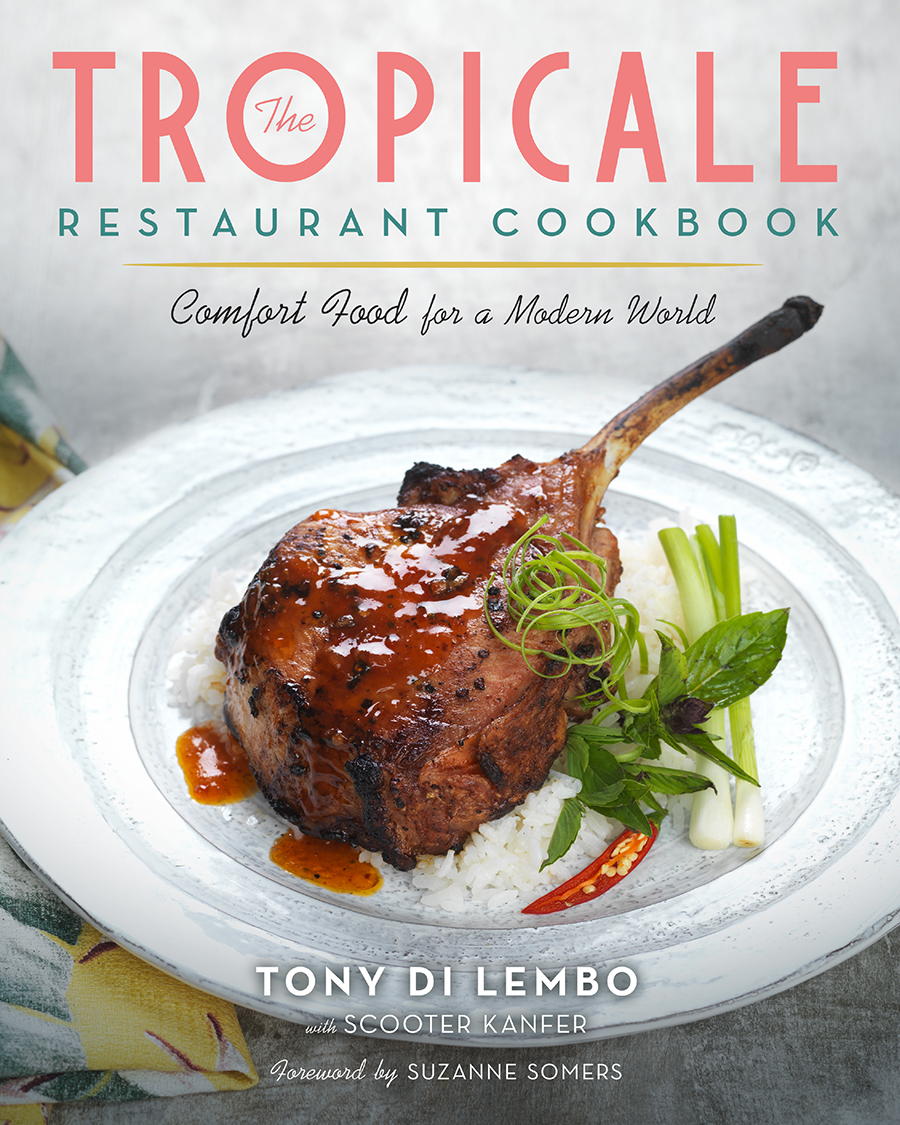 So, what gems can you expect to find in Tony’s celebrated book? The same treasures that he presents to diners at The Tropicale on a daily basis. “The food here at the restaurant is world cuisine. It’s specialties food from all over the world. A big part of it, probably 80% of what we do, are weekly specials. Probably 10 specials a week. It seems to get us through the seasons and give us the flexibility to make what we want. It seems to work! It’s worked well.”

Understatement is served! The Tropicale isn’t merely working well; it is a Palm Springs experience worthy of Barbra Streisand yet geared to our city’s signature brand of casual cool. 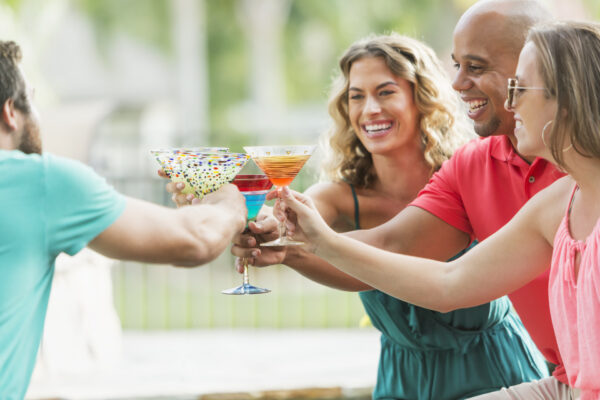