The name says it all. Just Fabulous. There’s simply no other way to describe this fun, Palm Springs centric, and oh so chic book and gift store.

Take a step inside and you’re first words are likely to be – “Look at this! It’s fabulous.” That’s because you’ve just spotted something you love – perhaps an exquisite coffee table book on mid-century architecture or a legendary movie star or fashion designer; or a sweet Little Golden Book, the one you remember from your childhood. Or something that makes you smile, like the Jeff Koons-influenced balloon dogs, or Clue The Golden Girls Board Game, and in my case the fabulous Supreme Court Justice Ruth Bader Ginsburg action figure – yes, action figure – complete with black robe, lace collar, and gavel at the ready.

Or, because you’re meeting a fabulous author. Anne Rice has done five book signings here. Others include Barbara Sinatra, Lily Tomlin, Jackie Collins and photographer Douglas Kirkland. This isn’t just pen to page. Each signing is an event; with free bubbly and nibbles.

It’s not by accident that Just Fabulous is fabulous. 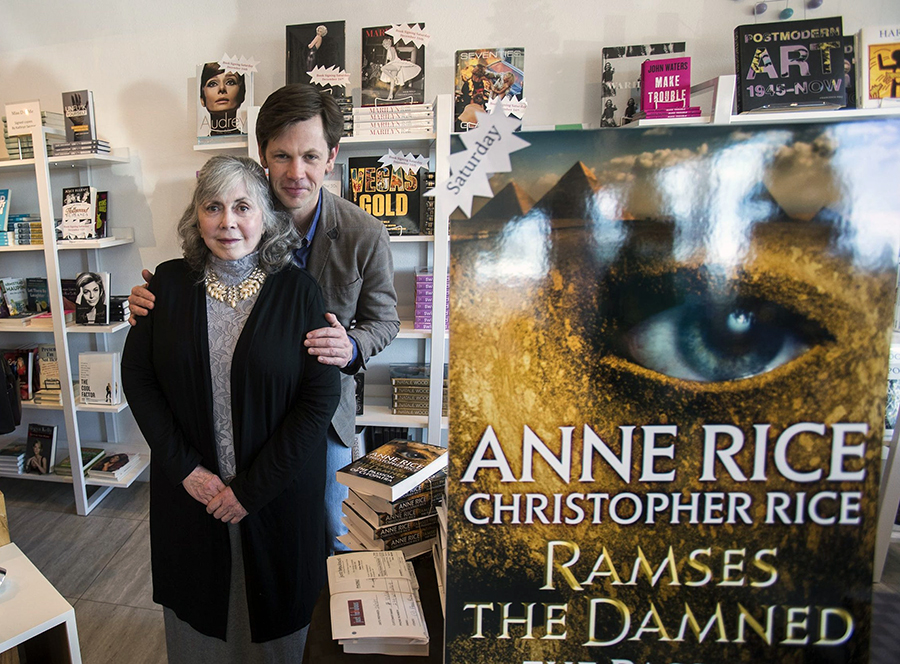 Owner Stephen Monkarsh has put his heart and soul into making his shop something out of the ordinary. “My shop is a state of mind. It’s about celebrating life – and Palm Springs,” he explains. “Our motto is, ‘if you aren’t feeling fabulous when you enter Just Fabulous, you will when you leave.’”

“There’s something for everybody – but so, so better than average,” Stephen continues. “I truly curate the store. There’s a piece of me in every item. And in every part of the shop. I read every greeting card and every book. I hand select all the merchandise from the key chains to pink feathery flamingo pens, and the George Nelson-style handmade clocks (you can custom order them in the color of your choice) to our two display limited edition SUMO books by Taschen, signed and numbered by Annie Leibowitz and David Hockney.” At nearly three feet in length, these are the largest, heaviest and most expensive books of the 20th Century.

Exclusive merchandise is another plus. Just Fabulous is the only shop in Palm Springs where you’ll find Nest fragrance candles, the full array of Sugarfina candy, Taschen books, the works of Trevor Wayne and other desert photographers and artists, George Nelson-style clocks, and exclusive Palm Springs-themed Ts, hats, mugs and more, made just for Just Fabulous. Also the largest selection of beautiful mid-century architecture books, and iconic celebrity and fashion books; children’s classics, and the city’s largest collection of Australian Sunnylife pool floats and inflatables.

“I love to help people find things they love. I’m always looking for new merchandise that is special and unique,” he adds. He’s got rainbow sunglasses, unicorn everything from drink holders to hats; maracas with pink flamingos, and on and on.

He grew up in Beverly Hills. Then it was off to college – UC Irvine, UCLA and a law degree from the University of the Pacific. His junior year was at the Sorbonne in Paris. So Stephen speaks fluent French. He also interned in Washington D.C., at the White House under President Clinton, and in Senator Barbara Boxer’s office. After university, he worked at Cartier on Rodeo Drive and quickly became one of their top 10 salespeople — in the world! He practiced law for 10 years lastly at Los Angeles’ prestigious O’Melveny & Meyers. (Stephen still uses his law expertise, working pro bono as legal counsel to the Human Rights Campaign.)

But Palm Springs was calling. He’d been coming here all his life. First, with his parents beginning at age 5, and later with friends. In 1999, Stephen bought his first Palm Springs home, and in 2006 he moved here permanently. In January 2007, he was sipping coffee at the nearby Koffi and saw a “space available” sign in the corner shop window. 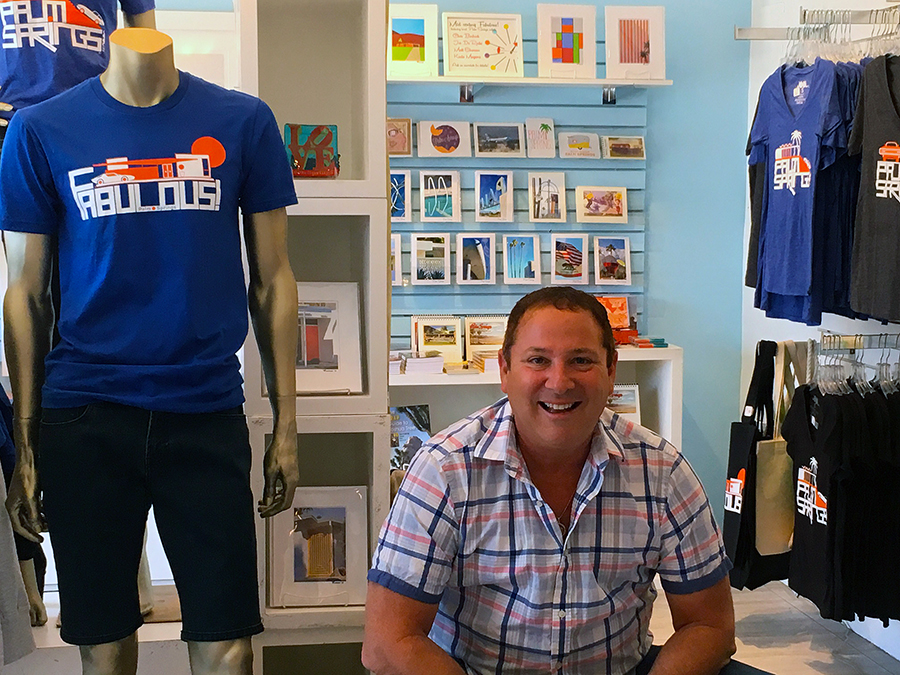 “Wouldn’t it be fun to own a book shop,” he mused. Two months later (March 2007), the space was his, and Just Fabulous was open for business!

The timing was bad. “I opened in the middle of the recession, and there wasn’t any Uptown Design District at that time,” he recalls. Still, Stephen believed his shop’s corner location at Palm Canyon Drive and West Alejo Road was amazing. Of course, he was right. Today, Just Fabulous marks the gateway to both Downtown Palm Springs and the Uptown Design District and is celebrating 12 fabulous years of success. “I feel very blessed to know I’ve made a difference in the Palm Springs community.

“The shop was destined to be,” he says. Stephen remembers as a boy, roller skating to the B Dalton book store in Beverly Hills and loving the beautiful coffee table books. While he never thought he would own a bookstore, Just Fabulous is his dream come true.

When I asked, “what would you like the readers to know?” He responded, “If you have a dream – don’t be afraid to go for it!”

And the store name? Stephen was originally going to call it Lucky Boy. But an artist friend said “No. Your store won’t be a pet shop, or a boy.” Stephen agreed. “But whatever I call it has to be just fabulous.” 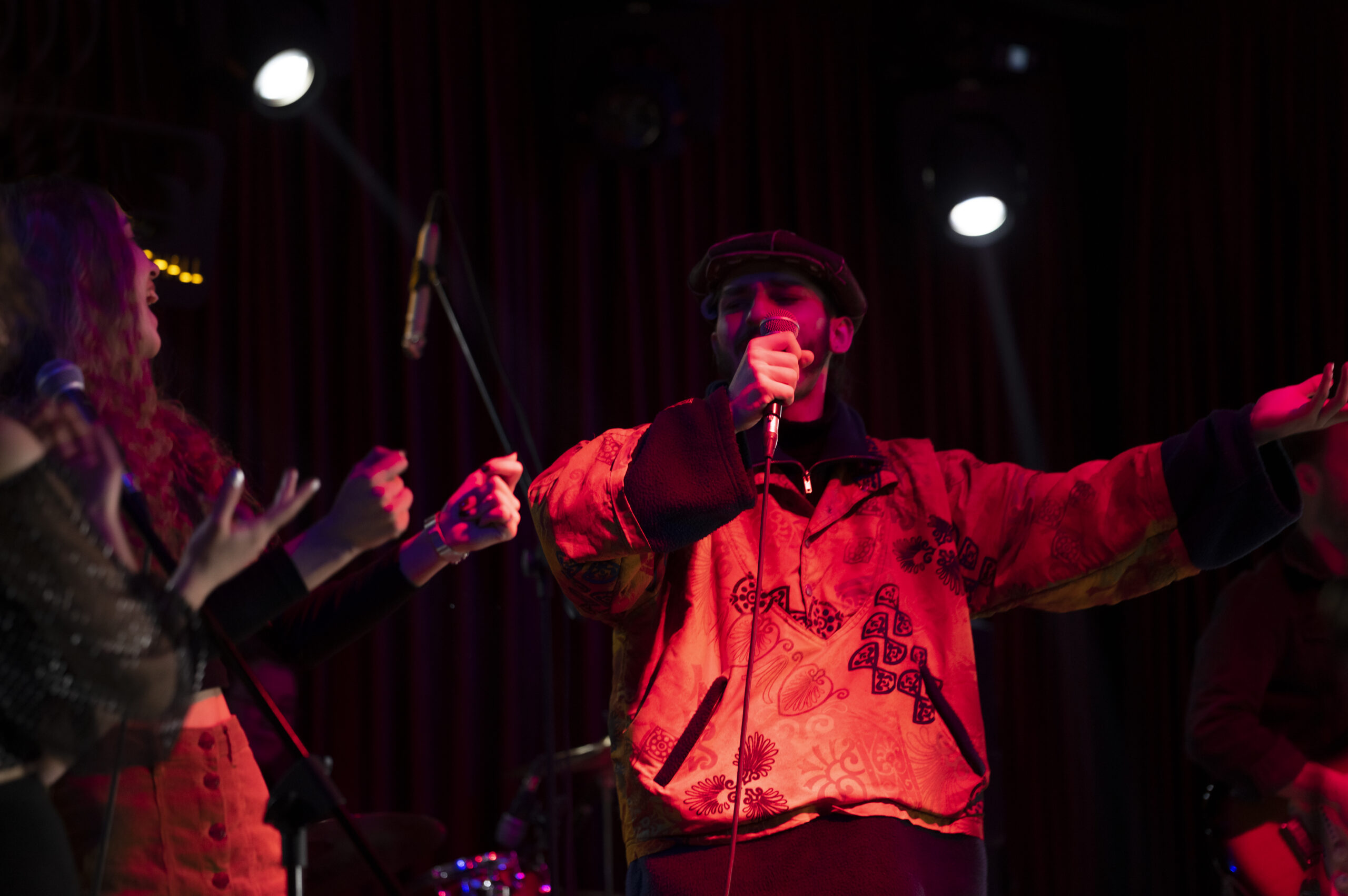 Cocktails and Karaoke in Palm Springs How well can you carry a tune, on a…