And the Winners Are… - Visit Palm Springs

When you enjoy a truly triumphant meal, every bite is a victory. Your senses shine a spotlight on each morsel, your mouth savors the playful performance of the ensemble of ingredients, and your taste buds give a standing ovation to the gastronomical tour de force.

This award-worthy experience is on delicious display at a plethora of stellar Palm Springs eateries. Though our hometown is quaint on its façade, it marinates in a concoction of international acclaim and upscale ambition. The culinary industry has taken note, as evidenced by the avalanche of trophies served to the restaurants listed below…

While some restaurants are satisfied with an A rating, Le Vallauris prefers AAA. The travel tastemakers bestowed their coveted Four Diamond designation to this Palm Springs institution. This is an honor that only 2.1% of their 32,000 reviewed restaurants can boast. Their  awards includes the TripAdvisor Certificate of Excellence title, but its real esteem lies in the company it keeps. Their dining room has welcomed a array of celebrities, from Suzanne Somers to Dustin Hoffman to Barry Manilow.  It cements its reputation as the actual “hottest spot north of Havana.”

In the restaurant industry, there is no higher distinction than a Michelin star. The shimmer of one such star was still gleaming on Giacomo Pettinari when he was the founding head chef of SO.PA. This is the extravagant dining room tucked pleasantly within L’Horizon hotel. Pettinari has since passed the esteemed baton to Jason Niederkorn, known for his hearty flavor profiles that put Aspen’s Hotel Jerome on the gourmet map. He elevates simplicity to an art form. Try plates like Pan Roasted Grouper and Braised Short Rib with Pickled Peaches. The coveted Boutique Hotel Awards (boutiquehotelawards.com) recently recognized both L’Horizon and SO.PA for their hospitality prowess, the latter specifically for its mastery in the culinary realm. Open your heart to Open Table and book a reservation to transcendence… 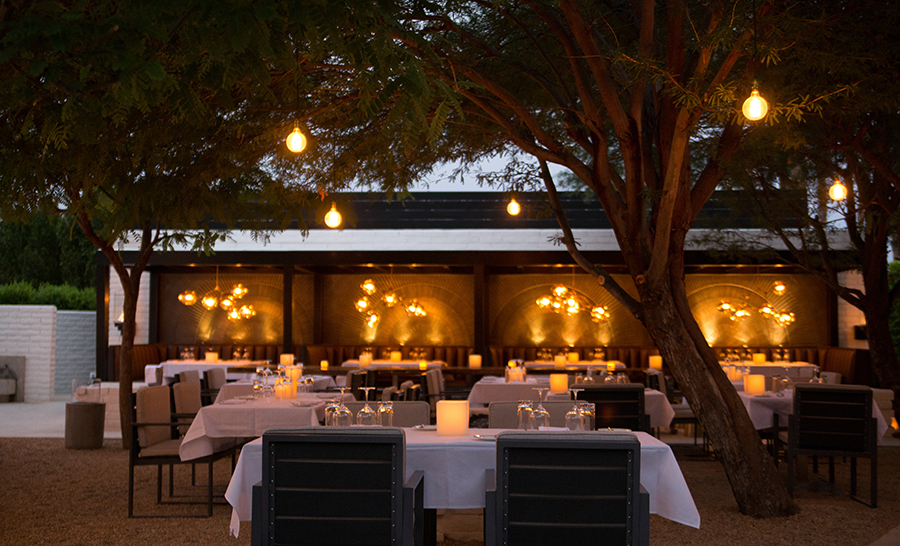 A meal is a vacation unto itself. Your table provides accommodations, your waiter is your tour guide, and your beverages deliver a shore-side escape to the perfect pairing. Wine is the raison d’être of Zin American Bistro, the serene hideaway right in the middle of downtown. Their deserving drink menu has racked up a staggering four Awards of Excellence from Wine Spectator, a lofty number indeed. When you schedule your meal online, pay close attention to the specials associated with each timeslot. Truly, each visit to this Bistro uncorks a unique coupling of value and decadence.

Atmosphere is the element that embraces a restaurant, sweeping its patrons into a compelling waltz of sights, sounds, and succulence. The design of Workshop transports its guests from the antiquities of its silent-era movie theater origins to a modern masterpiece of feng shui. The layout earned the restaurant a James Beard Award for excellence in atmospherics, celebrating the surroundings that reflect its rustic attitude with no-frills flourishes. The menu reads like an action movie; Diver Scallops with Braised Pork Jowl face off with Wood-Fired Pizza and Mesquite-Grilled Pork Chops for dominance in an ever-swirling battle to conquer your palate. As you navigate their reservation portal, take note of Workshop’s choices of community tables vs. courtyard options and the daily specials that pop up accordingly. 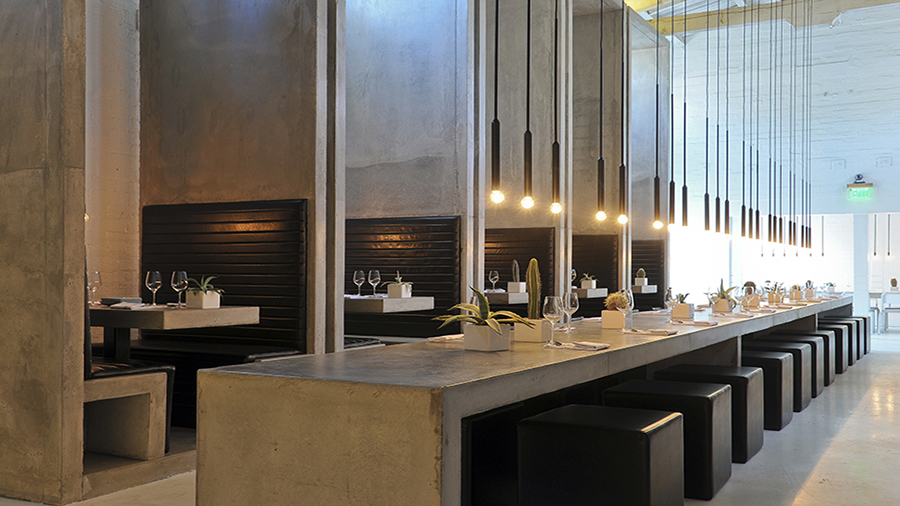 Pairing sashimi with a robust adult beverage is daring, but daring is the catch of the day for Engin Onural. His knife skills sliced up the competition at the World Sushi Cup.  This crowed Onural as one of the top 30 practitioners of his craft on the face of the globe. Sip on that as we continue by mentioning the Scandinavian design of the space. It adds yet another layer to the already intoxicating mélange of western boldness and eastern refinement. The fine folks at Eater recently named Sandfish as one of the essential dining experiences of Palm Springs, which explains why their calendar fills up so fast. 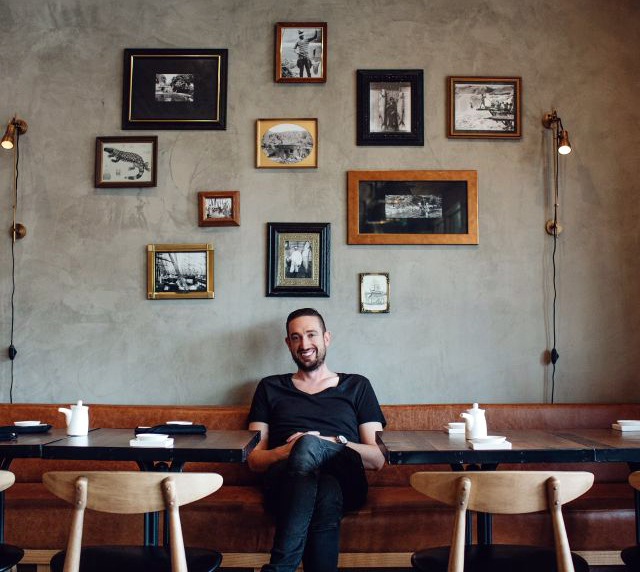 Move over, apple pie, because the United States has a new national dish: Weiner Schnitzel. That’s the opinion of the vaunted Best Chefs America, who crowned Johannes Bacher one of the top tastemakers in the country back in 2013. Never one to rest on his laurels, Johannes snagged a Diners’ Choice Award from Open Table in 2018, and the future looks as golden as his trophy case. In addition to the aforementioned Schnitzel, Bacher captures an international appetite with selections such as Malayan Meatballs, Japanese Ahi Tuna, New Zealand Lamb, and Smoked Idaho Steelhead Trout. No passport required, but be sure to book your table ahead of time; the space is intimate and in demand.

Like a pearl in an oyster, this seafood enclave is tucked in the Fisherman’s Market complex on South Indian Canyon. A winner of TripAdvisor’s Certificate of Excellence in 2015.  Shanghai Reds colors us impressed with every refreshing menu item. In addition to receiving acclaim on Desert Magazine’s Best of the Valley list, perhaps the highest praise they have garnered is a visit from the late, great Anthony Bourdain. Hew was reeled in by Shanghai’s Baja Fish Taco. We are honored to feast in his former presence and honor his eternal culinary legacy. 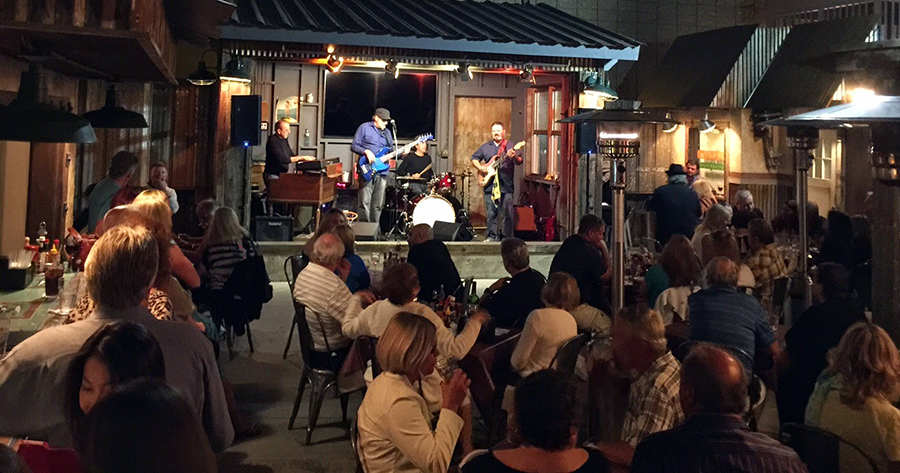 Another year, another accolade for the eatery that rightfully claims the title Where Palm Springs Eats. In 2017, they took home an Experts Choice Awards… in 2018, it was Wine Spectator’s turn to honor Trio with their Award of Excellence.  And in 2019, diners voted their concoctions to be the Best Craft Cocktails in the Coachella Valley Independent. Yelp has ranked Trio as the #1 restaurant in Palm Springs, owing its triumphant reputation to a party attitude and professional staff. To join the festivities and enjoy an award-worthy experience in the making, book your reservation now – and be sure to wear your best bright orange to fit in with the locals! 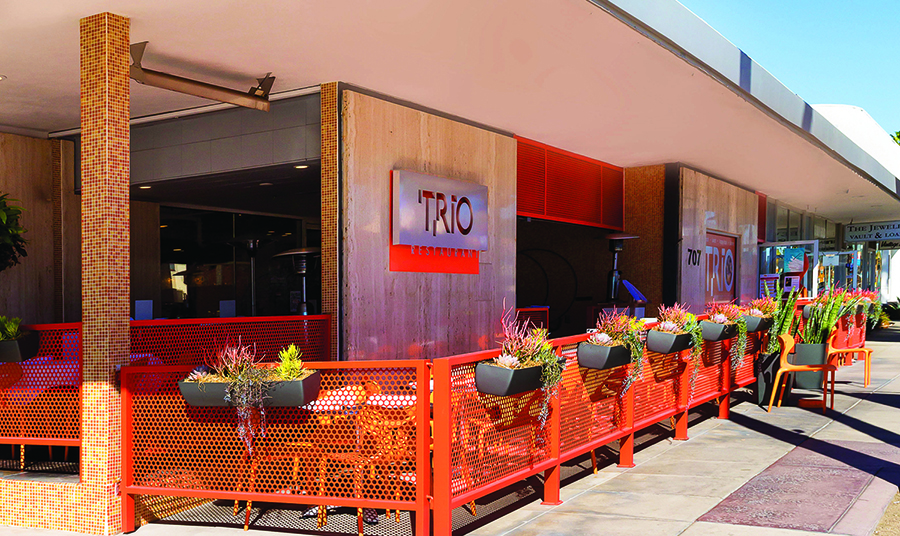 We’d like to thank the myriad award-winning restaurants that contribute to our unparalleled foodie landscape. In true acceptance speech manner, our time is limited, so before the music plays us off, we invite you to experience the gastronomical wonders of Palm Springs for yourself.

Congratulations on all these Palm Springs Restaurant awards.

15 Restaurants for a Decadent Thanksgiving Meal

Thanksgiving is the perfect time to visit Palm Springs. The weather is beautiful and…