“Speak now or forever hold your peace.” These are the familiar yet ominous words spoken at most weddings, but it was the gossip uttered before Elvis’ nuptials that almost doomed the whole ceremony. Elvis Palm Springs wedding never had a chance.

The King was planning to wed his Queen, Priscilla Ann Beaulieu, right here in our humble hometown. The couple had met when Elvis was stationed in Germany during his stint in the armed forces from 1958 – 1960.  She was only 14 at the time and he was 10 years her elder.  She continued to see Elvis when he returned to the U.S. for years never really expecting to marry him. However, somewhat suddenly he popped the question to her just before Christmas in 1966 and presented her with a 3.5-carat diamond engagement ring.  The wedding was set for May 1, 1967, which was a Monday. 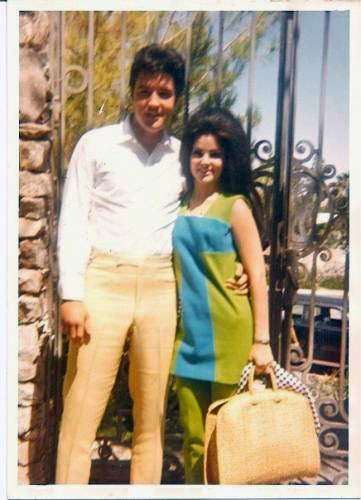 Elvis’s Manager, Colonel Tom Parker, lived in Palm Springs at 1166 Via Vespero North, Palm Springs.  When his famous client was soon set to get married, he suggested to Elvis he wed and honeymoon in Palm Springs. Elvis, the wealthiest rock ’n’ roll singer at the time, agreed and they made the arrangements to lease the home designed by the well-known architect, Donald Wexler. It was named House of Tomorrow at 1350 Ladera Circle, just a couple of block away from Parker’s home in the Old Las Palmas neighborhood. The mid-century marvel drew acclaim and attention the architectural world ‘round. The lease cost him a whopping $21,000, but the legacy of love he was building would be priceless. 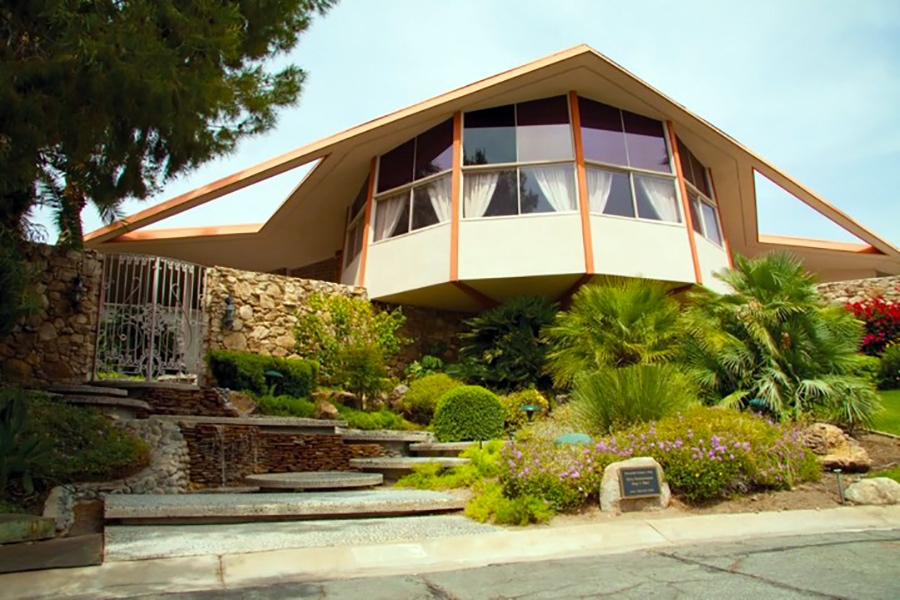 As the wedding day approached, A-list celebrities began swirling around the majestic property more often. Sinatra was a guest, a fact that would eventually shape the iconic Presley wedding historically. Although the original plans were to wed in Palm Springs, Rona Barrett, a famous gossip columnist that lived around the corner had her suspicions

When Priscilla showed up with her entire family in late April of 1967. When another group from Elvis’s side of the family began to arrive, Rona made the announcement of a pending Palm Springs wedding.  The last thing they wanted was the press, so Tom Parker made quick arrangement for the wedding to take place in Las Vegas.  Elivs and Priscilla made their way to the street behind the house where a limo was waiting to pick them up and take them to the airport.  Frank Sinatra arranged a 3:00 am flight on his private jet.

They snuck into Las Vegas, got their license, and wed in front of 14 of their closest friends and family (the ones who could catch up to them) on May 1, 1967.

That same afternoon, Mr. and Mrs. Elvis flew back to their house on Ladera to start married life together. Nine months after the joyous, frantic, cross-country nuptial madness, the Presley’s welcomed their daughter Lisa Marie into the world. The House of Tomorrow had truly created a legacy that would last for many tomorrows to come. The home was recently purchased and is being restored.

Elvis longed to have a permanent home in Palm Springs.  He purchased the Palm Springs estate at 845 West Chino Canyon Road in 1970. Enjoying the sunny weather, he and would spend on average about three months there every year. His road manager, Greg McDonald, claimed he liked to lay out nude by the pool. The red-tiled, rambling home on Chino Canyon Road was a main attraction. If they were lucky, star gazers would sometimes spot the entertainer tossing a football, or shooting baskets. He would always have his five bodyguards inside the walled grounds.  One of the reasons he came to Palm Springs was because he liked his privacy.  Most of the residence, having been around many visiting stars, respected their privacy. Elvis expanded the house with an additional 2,000 square feet for a party room, a new bedroom with two bathrooms, and a sauna in 1974. Elvis passed away August 16, 1977 and his estate went on the market for $350,000 shortly after. 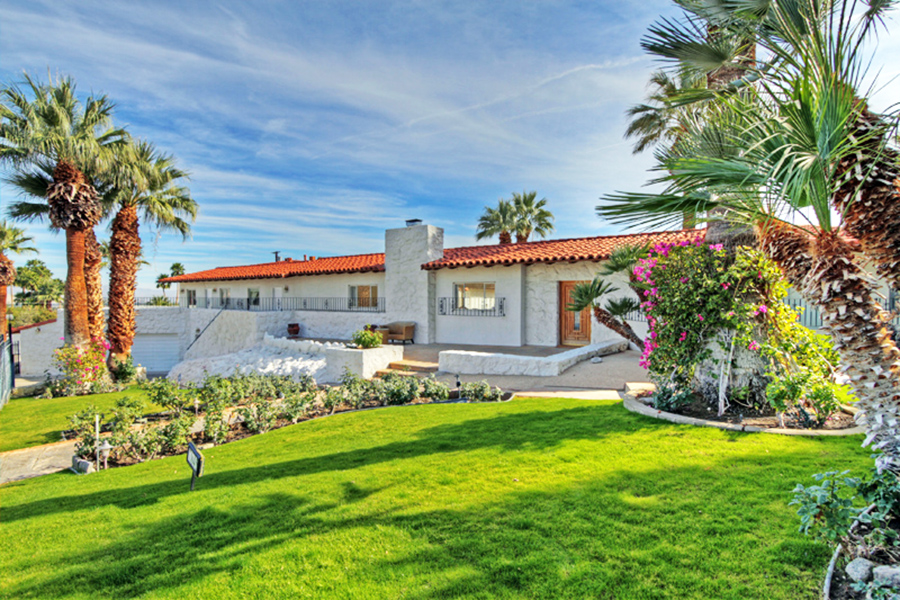 Greg McDonald, who was also the Manger for Ricky Nelson, later purchased the property in 1986 for $775,000.

The King Lives On in Palm Springs.