Located at 2466 Southridge Drive, the 24,000 sq. ft. Bob Hope house is situated close to the Elrod Residence and features a massive undulating triangular roof, pierced by a large circular central light shaft. The original house burned down during construction in 1973. It sat for four years while the insurance legal issues were carried out.  It was designed by famed architect John Lautner. He filed plans with the city building department in 1977 for a permit to begin construction again on the outside shell of the home. The only difference was the material to be used. It was a wood-covered steel frame which caught fire in July 1973 in a blaze which was estimated to have caused nearly $500,000 in damage. The blaze, plus the death of the chief interior designer, detoured the home plans. Financial responsibility for the fire’s damage had yet to be determined in the courts.

The city building department began quietly prodding the prominent Palm Springs couple to do something with the home’s framework after neighbors complained of its unsightliness.  The Hope’s had been waiting for the fire settlement to be finalized.  However, they decided to move forward with the rebuild anyway. The original permits were still valid with the city so work began. While Dolores was not involved much during the first construction project, she became very involved in the reconstruction and requested extensive changes to the second design. As a result, the frustrated Lautner eventually began to distanced himself from the project.

The home sits on 6.2 acres and has 10 bedrooms and 13 baths. The outside shell covers about 25,000 square feet. Inside, an inner shell serves as an umbrella over some 14,000 square feet of actual living space. The outside dome of the Hope home is 40 feet high at its highest point and 180 feet in diameter. The outside shell has an opening 60 feet in diameter at its top. A center skylight feature is the vortex of the outside shell which spreads out to cover the entire inner shell of the home. The white metal shell, visible from the valley floor, was covered with roofing material and brown rock to blend with the surrounding mountainside. It was finished in 1979.

I have always heard rumors Chrysler paid for the house to host large scale dinners for the Bob Hope Classic Golf Tournament, which Chrysler was a proud sponsor.  I’ve not been able to prove this true. 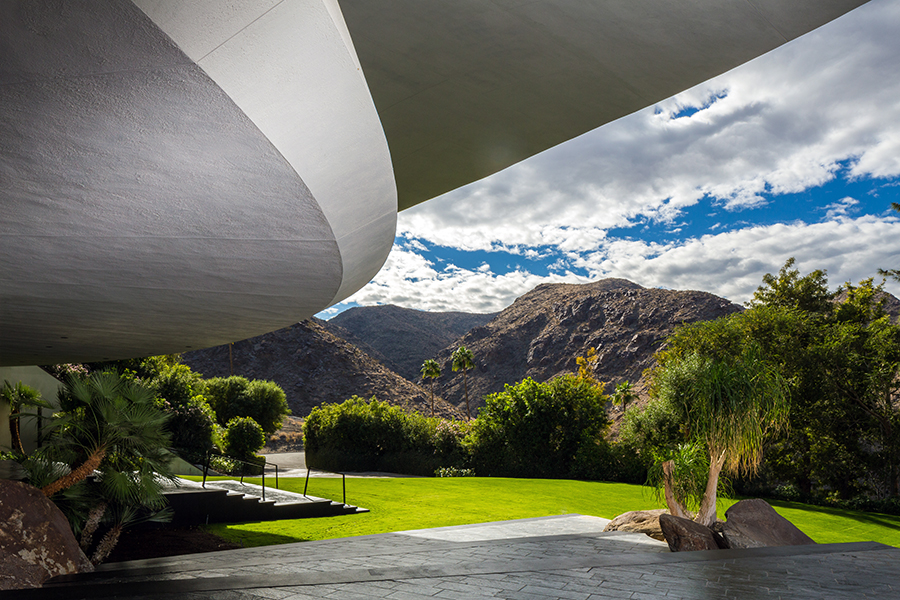 The home remained in the Hope family until Delores’s death in 2013. After her passing, the family put it on the market for $50 million.  The price tag dropped to $25 million by 2014. Ron Burkle purchased the property late 2016 for $13 million. Ron is an American investor, and co-founder and managing partner of The Yucaipa Companies, LLC, a private equity and venture capital firm that specializes in underperforming U.S. companies in the distribution, logistics, food, retail, consumer and light industrial sectors.

Note: The Elrod House in the Southridge neighborhood is also a Lautner design and currently owned by Moschino creative director Jeremy Scott. He paid $7.7 million for the home in 2016.  Burkle owned the property from 1995 – 2003.

Helena Arghuete is the architect managing the remodel. After moving to the United States from Argentina with her husband in 1971, Helena met Lautner in Los Angeles through a family connection: Her father was working with Leonard Malin, a fellow engineer — and the original owner of Lautner’s Chemosphere house in the Hollywood Hills.  Lautner ended up hiring Helena for a project in Mexico where their professional relationship began. When Helena returned from Acapulco in 1973, Lautner asked her to work as the site architect for the Hope house. The house supervisor, Lorenzo Jauregui, also has long ties to the property. His mother worked for the Hopes as a maid for 34 years.  To remodel some of the interiors, woodworkers Brian Cooney Sr. and son Brian Cooney Jr. were among the many artisans involved in the restoration project. They installed African mahogany on many of the home’s interior walls and used Lautner’s designs to build at least a dozen new doors. 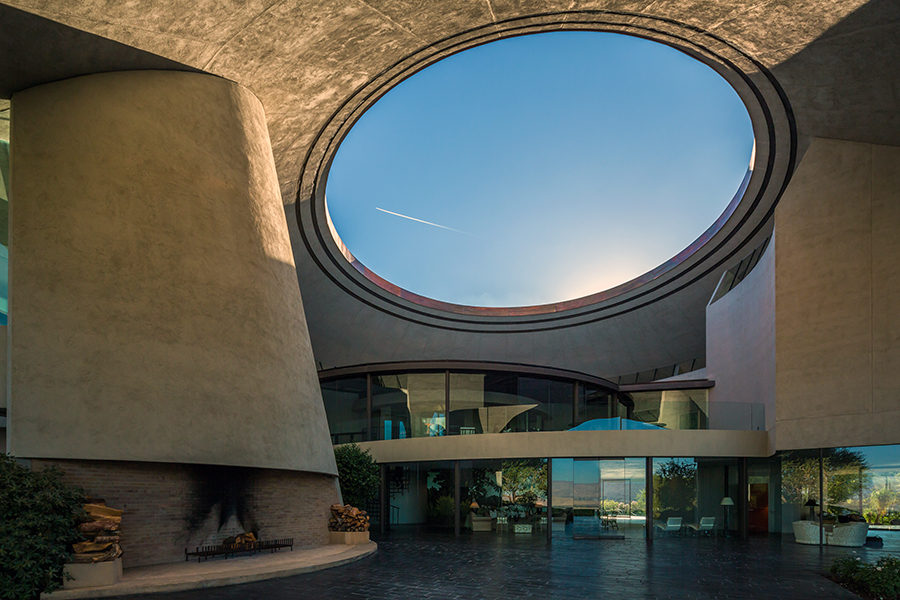 A Peek Inside the Bob Hope House