Tucked inside the elegant Ingleside Inn, Melvyn’s food hearkens back to the era in which it opened. Steak Diane, wilted spinach salad, and retro desserts like cherries jubilee and crepes Suzette are all menu favorites.

The restaurant was opened by Mel Haber, a businessman who liked to spend summers in California. As part of a $500,000 renovation project at the hotel property, Haber added the eponymous restaurant, Melvyn’s.

The restaurant opened in the fall of 1975, and since then it’s been a favorite of “Presidents, captains of industry, dignitaries and Hollywood’s brightest stars.”

Housed in one of the desert’s oldest buildings, Le Vallauris was opened by Paul Bruggemans who chose a historic 1927 house known as the Roberson home in downtown Palm Springs. Bruggemans decided to retain the historic home’s original layout of cozy intimate spaces, plus its wide shady patio, which even today is one of the desert’s favourite outdoor spaces.

Serving French food, Le Vallauris’ menu is always handwritten on a board presented to tables on an easel. Food features are fresh and often locally sourced with a French twist. 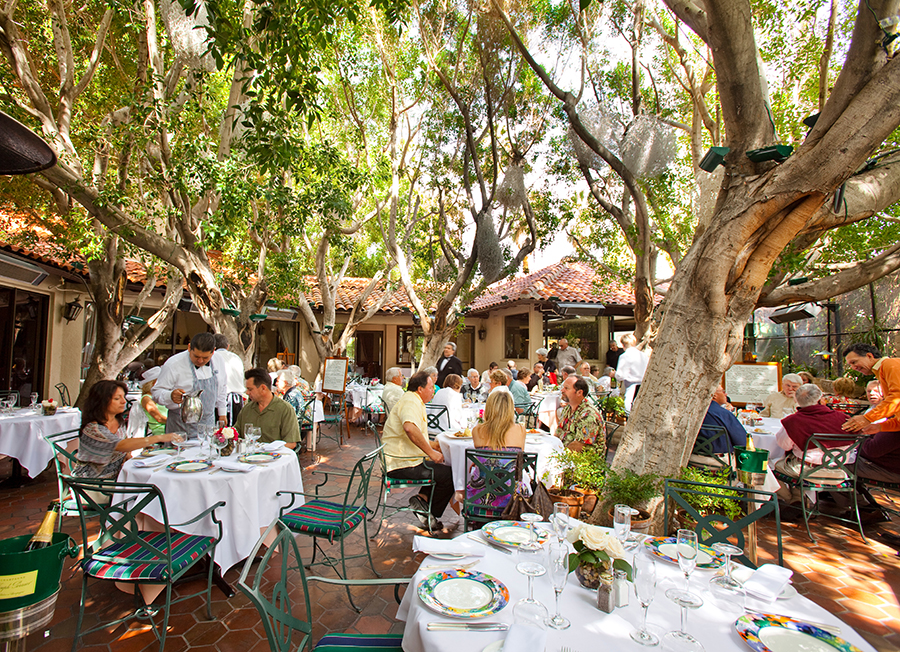 The restaurant is named for an earthenware cooking pot, a “cazuela”. Sharp eyes will notice the restaurant’s name is not spelled the same way.  You can blame a wayward marketing company for misspelling the name on the sign out front, and since it would be costly to replace, the family opted to just keep it.

If you’re looking for a great place to enjoy Christmas dinner with your family, look…