Ever since human beings have walked the earth, we have dreamed about flying above it. Manned kites date all the way back to China, circa 500 B.C. Fast forward to the early 15th century, when Leonardo da Vinci drafted schematics for mechanical wings and parachutes shaped like pyramids.

Even our earliest superheroes embraced the notion of impossible ascension. Superman was able to “leap tall buildings in a single bound” and two years before his 1938 debut, The Phantom haunted our imagination as “the ghost who walks.”

But heroes are not relegated to comic book pages and blockbuster films; they also walk among us. 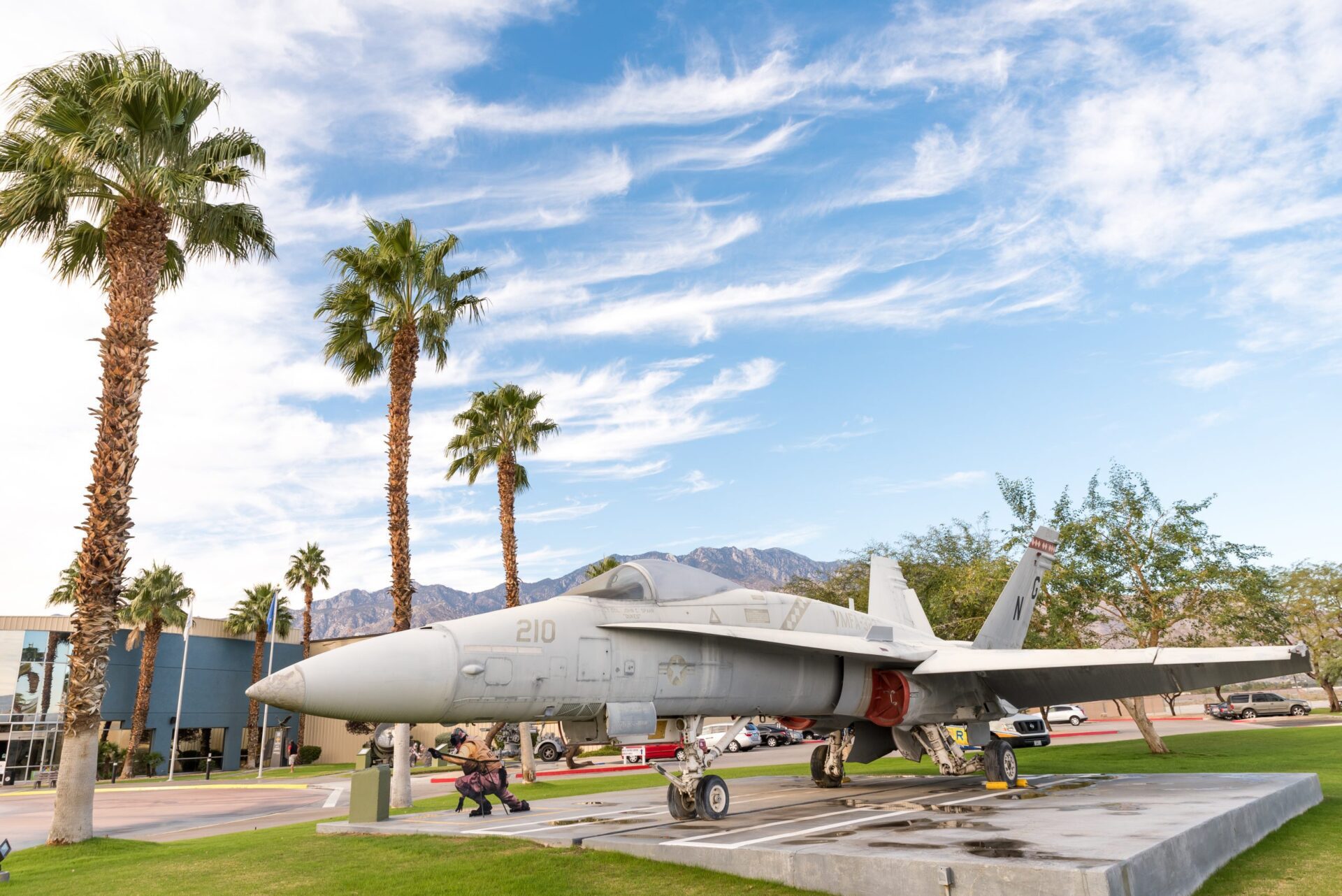 “We have 320 docents and they form the backbone of the facility,” declares the Palm Springs Air Museum Vice Chairman & Managing Director, Fred Bell. “About 80 or 85% of them are aviators or retired military. And so you can come to the Air Museum and talk to somebody that actually flew one of the airplanes, which is highly unusual they get to do that.”

The museum is fully committed to its military heritage, welcoming active service members and their immediate families into the sprawling establishment, free of charge. Now celebrating its 25th year of operation, the collection has been a labor of love for all involved. 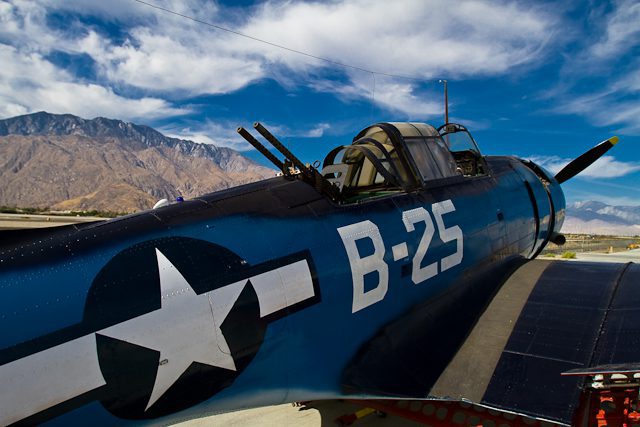 In late 1993 the idea for a Palm Springs Air Museum sprang from the imaginations of three men: Charlie Mayer, Pete Madison and Mort Gubin who agree that nothing could have happened without the many early volunteers.

Charlie, Pete & Mort were conversing one day when Charlie said “Why not an air museum with WWII Warbirds right here in Palm Springs?” Former P-38 pilot Pete Madison had just bought Bob Pond’s home, and knew Pond had a collection of Warbirds and classic cars. Pond was trained as a Naval Aviator and declared his willingness to help. Thanks to his support and contacts in aviation, the concept moved forward. It began with Bob Pond’s 14 vintage aircraft and has grown to 75 aircrafts.

Mr. Bell joined the museum’s board three years into its infancy, and he has relished the personal appeal of the exhibits ever since. “There are no barriers with our aircraft, so you can walk right up to them and touch them. Bob was very focused on that, that the people had a hands-on experience.”

As his voice reaches cruising altitude, Bell continues, “He felt very strongly about that. And the rest, as they say, is history.” 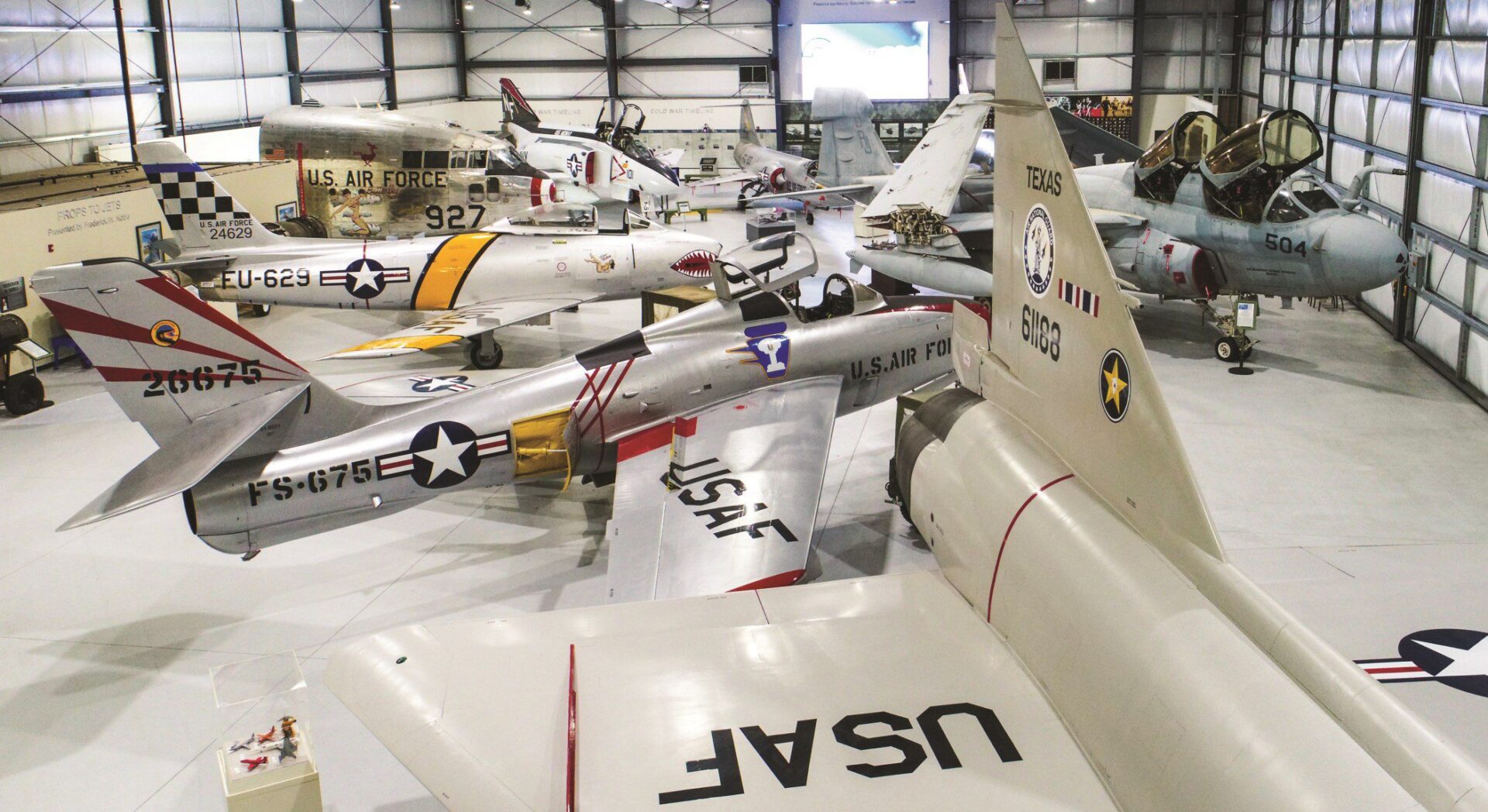 The museum’s legacy is storied, indeed. Splash House, for example, established the Palm Springs Air Museum as an after hours hotspot. Splash House is booked for another trip to the tarmac. As for the daytime allure of the museum, Fred Bell is elated to see a return to its enduring glory. “As we welcome people back, it’s nice to see all of their smiling faces. Guests are transported to the past, enthralled by the present, and looking forward to even more in the future. 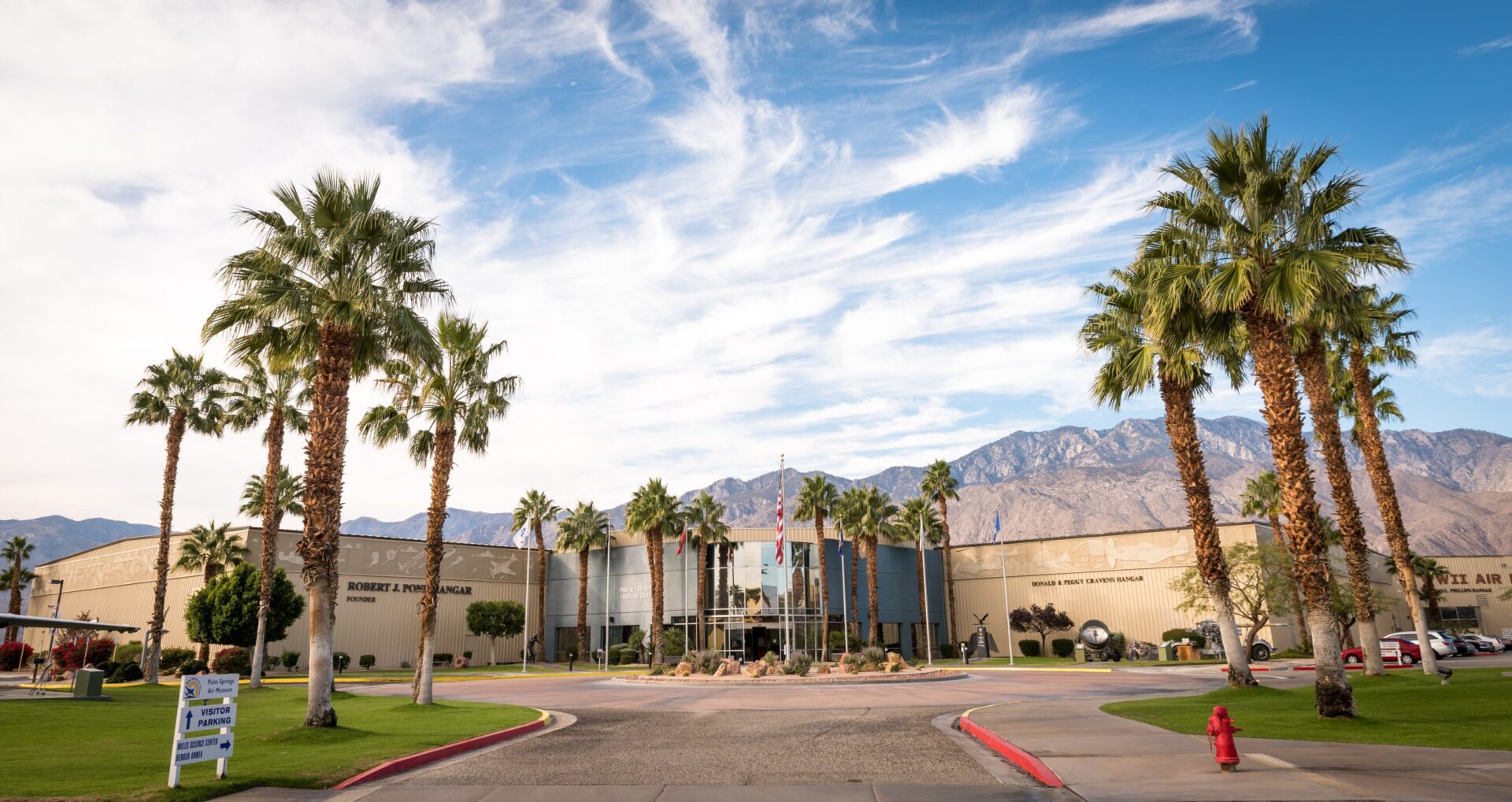 “Our newest addition is an F-117 stealth fighter that will go on display in November,” teases Bell. The upcoming exhibit, The Nighthawk Rises in the new Houston Pavilion will add to the museum’s already impressive grandeur. “We have one of the largest collections of aircraft on the West Coast. We have a lot of one-of-one or very rare airplanes. You can spend at least four hours in the museum and not see it all.”

Bringing our conversation in for a landing, Bell transitions to the topic of the museum’s readiness for the next slate of eager visitors. 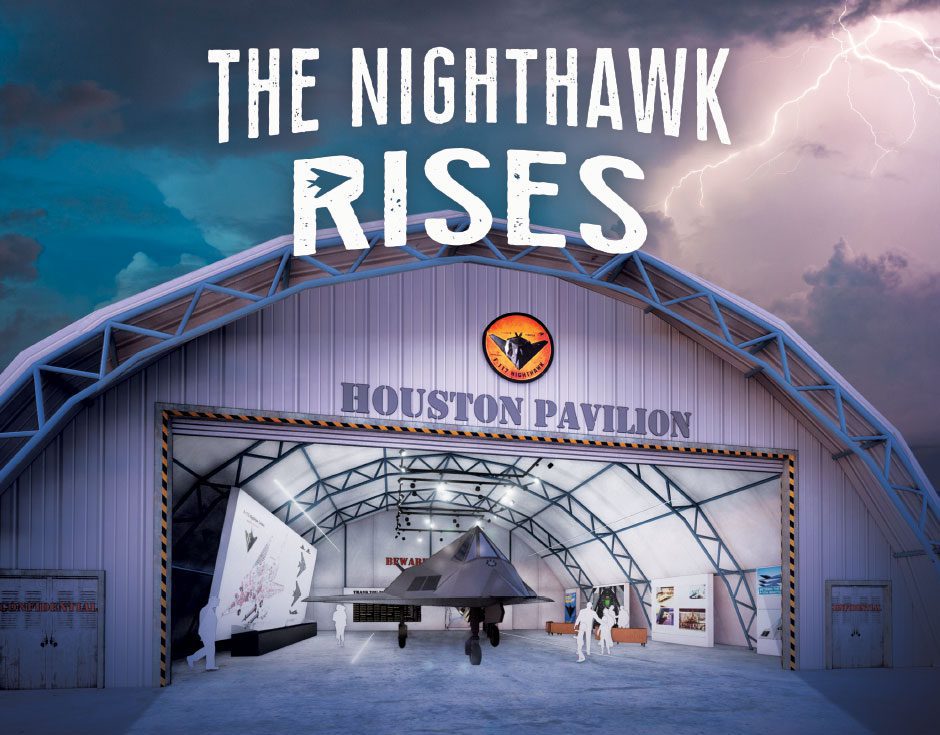 “We’re waiting to greet them. We’re looking forward to seeing them again.”

While Bell and his colleagues appreciate all museum attendees equally, he has a particular affection for those who are in the early stages of their journey through life because the sky truly is the limit on what they can learn about aviation.

“To see the kids running around and just the smiles on their faces and people so happy to be out and about, especially in Palm Springs, which is such a destination travel area, it really brings joy to my heart.”

You have brought our love of the Palm Springs Air Museum to new heights, Fred. Thanks so much, and we’ll see you on the runway! 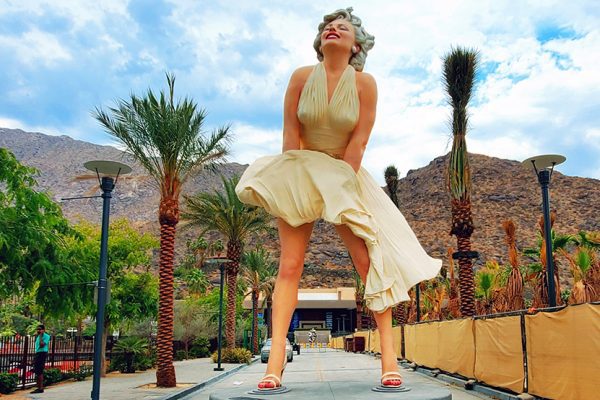 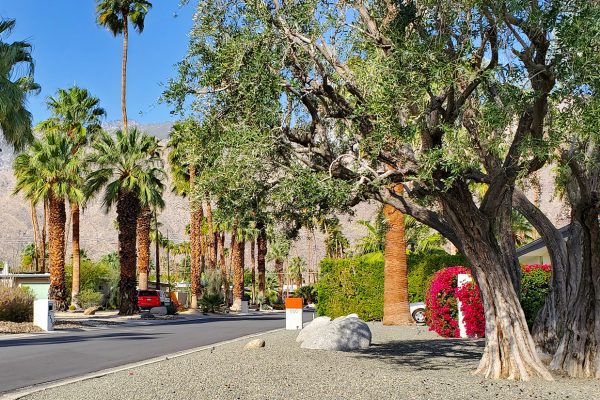 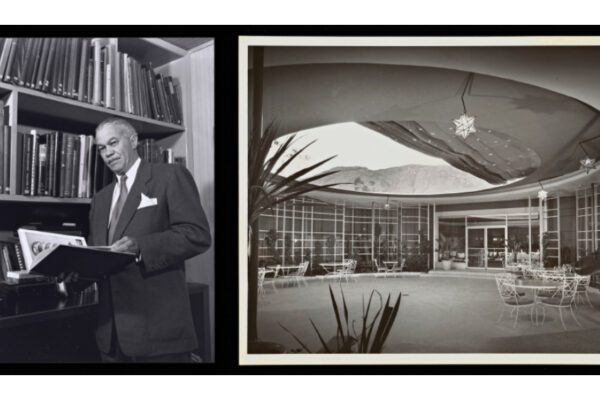