Palm Springs began as a place for healing, with the warm dry air and many days of sunshine. But it quickly was discovered by Hollywood and a great escape from the camera’s. In the early years, the stars stayed and the Desert Inn, the El Mirador Hotel, and the Palm Springs Racquet Club. As more and more stars flocked to Palm Springs, they began to build their own winter getaways. We are left with an abundance of Palm Springs Hollywood homes that you can stay and play.

Our hometown was a hotspot of hush-hush, garnering a reputation as just far enough from Los Angeles to cut loose but just close enough to stay connected. Silent film stars like Harold Lloyd built a home in our Movie Colony neighborhood.

Other vacation destinations boast their landmarks and legacies, but only Palm Springs invites you to stay in the very homes once graced by the world’s biggest stars. We are, after all, Hollywood’s Playground. The pinnacle of desert chic where celebrities could let their fabulous hair down and eschew the spotlight in favor of sunlight.

Now it’s your turn to get pampered like an A-lister.  The following rental properties demand the style, sophistication, and swagger that only you can provide.

Get ready for your close up…

The Dinah Shore Estate is in the heart of Palm Springs. This iconic, mid-century home was designed by renowned architect Donald Wexler in 1964 and is currently owned by Leonardo DiCaprio. This furnished house rental is one of the finest examples of mid-century architecture in Southern California, the birthplace of the progressive design movement. Built on a secluded 1.3-acre desert oasis compound, the estate is exceptionally private.  It offers 6 bedrooms and 7½ baths between the main house.  A separate guest house overlooking the pool and is adjacent to the private tennis court. The living room boasts fantastic scale, generous seating, a grand piano, fireplace, and cocktail bar.

Tickle the ivories (and your fancy) in the piano-shaped swimming pool custom designed for Ol’ Blue Eyes himself. Frank Sinatra’s recording studio still beckons visitors to this palatial getaway, which reverberates with charisma and echoes with charm. The estate was built in 1947 for Sinatra and his first wife, but it could have accommodated all four of his eventual brides! The home sleeps up to eight people, so plan your next weekend here or ring-a-ding-ring in the holidays with the Chairman of the Board. This is a great example of a Palm Springs Hollywood Home. 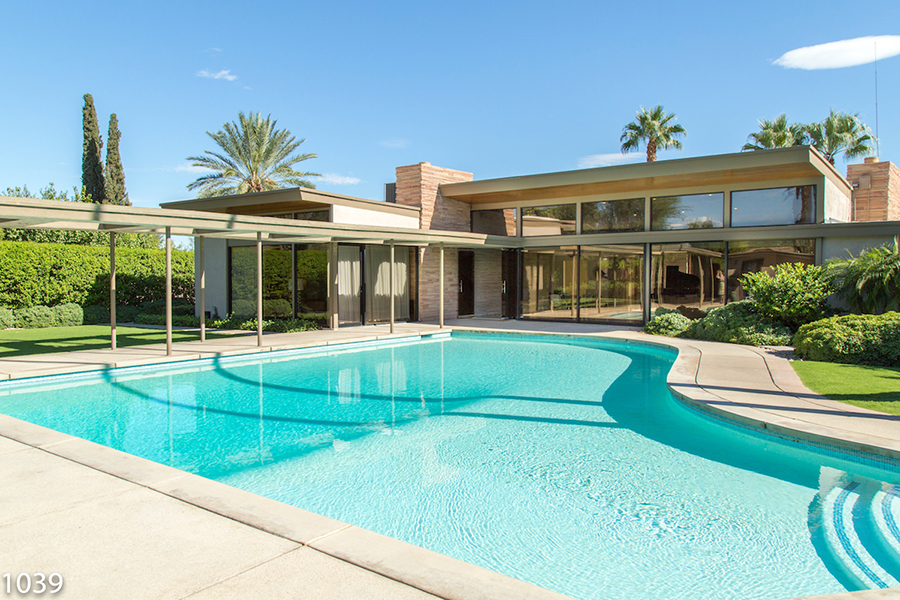 Speaking of multiple weddings, Liz Taylor (Hilton-Wilding-Todd-Fisher-Burton-Burton-Warner-Fortensky) was the queen.  This is why her Palm Springs retreat is the ideal nuptial venue. Waterfalls festoon the groom’s side, verdant gardens flank the bride’s, and the San Jacinto Mountains bear witness to your special day. Elizabeth accumulated some of her most prized art pieces here, and you can bask in her glamour and glory as you luxuriate in the pool/spa area like Cleopatra of the Coachella Valley. 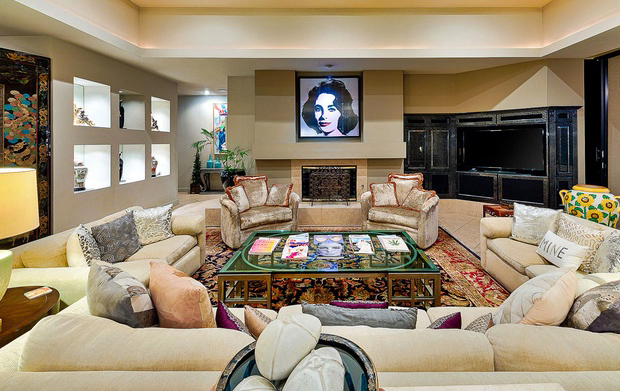 Color your loved ones jealous when you send them selfies from Walt’s Palm Springs abode. Built in 1962, it’s a Magic Kingdom of bright hues and brighter views. The construction of this castle coincided with the transformation of Disney’s weekly show from black and white to the Wonderful World of Color.  The décor reflects Walt’s endlessly vibrant outlook. Immerse yourself in a whole new world of happily ever after right here in Palm Springs… 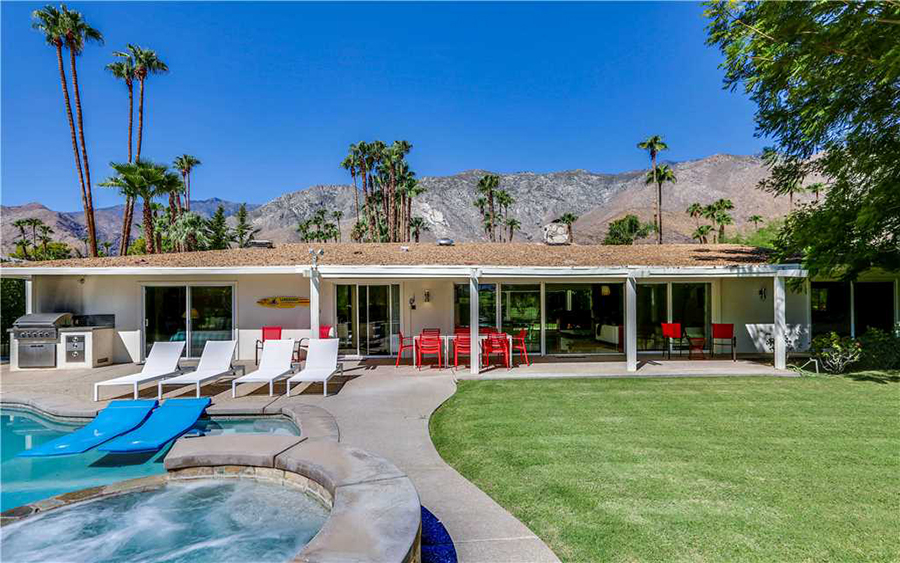 This classic estate puts the “spa” in Spartacus! Constructed during the heyday of mid-century modern perfection, the grounds just underwent a transformative and transcendent renovation. The kidney-shaped pool complements the aforementioned spa to keep you as cool as Kirk the whole year round. The mansion’s four bedrooms provide ample space to accommodate multiple generations of Oscar winners! Another great example of a Palm Springs Hollywood Home. 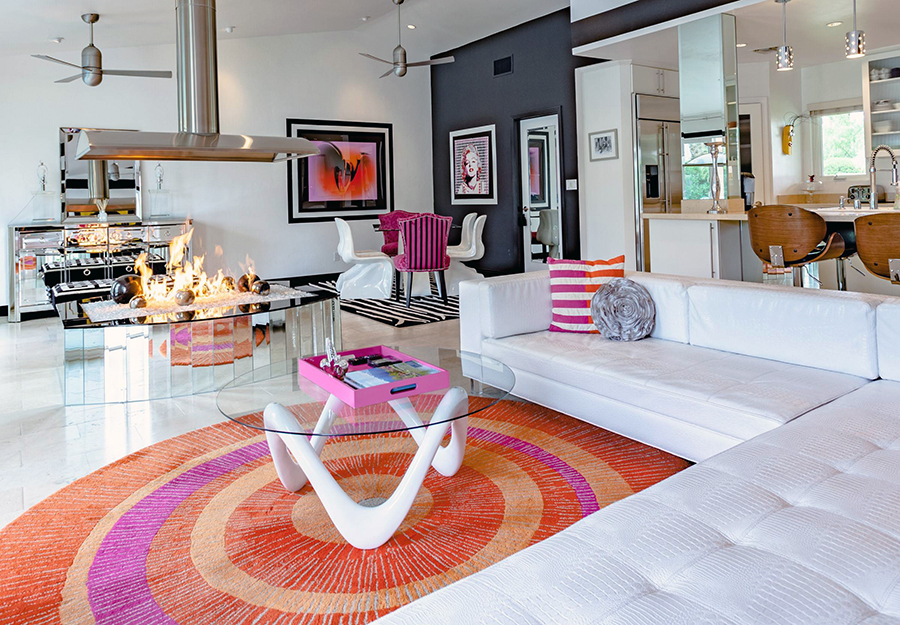 Kirk Douglas also kicked off his sword and sandals at Villa Carmelita, which has come to be known as the Sonny & Cher House. The iconic duo owned this Spanish style hideaway, which welcomed such luminaries as Natalie Wood and Lloyd Bridges. It dates back to the 1940’s, when Joseph Cotton called Villa Carmelita home. Truly, it is the Citizen Kane of celebrity vacation rentals. 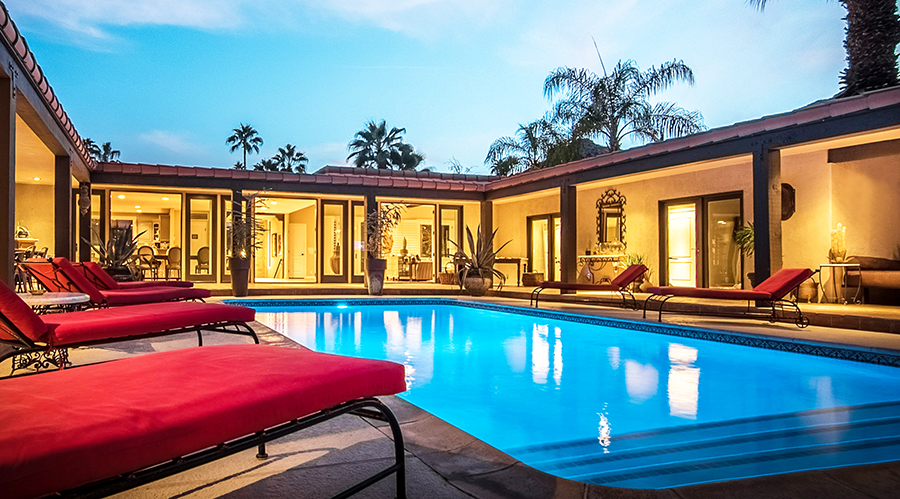 There’s nothing mini about this larger-than-life mogul’s domicile, which perches above the desert landscape just enough to give visitors a 220-degree view of town (and a welcome break from the heat at ground level). Would you expect any less from The Aviator himself? 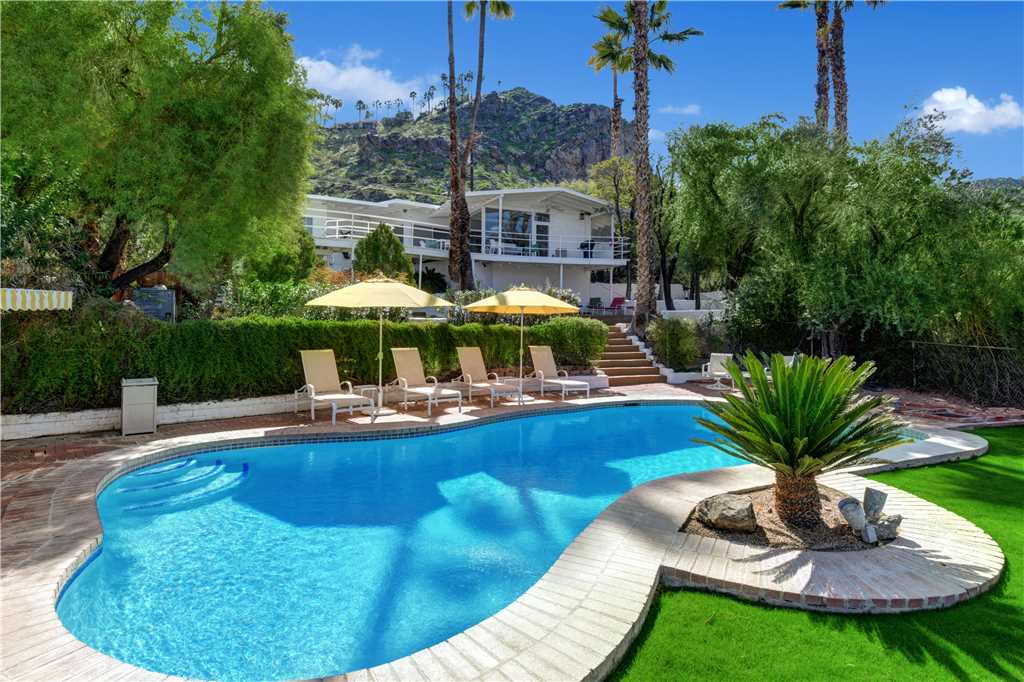 You can’t spell “glamour” without Lamour, as in Dorothy Lamour – star of the Bob Hope/Bing Crosby series of Road To films. She was the queen of this castle in the golden age of Hollywood, enjoying its serenity and seclusion. El Nido was the perfect escape for tastemakers and lawmakers alike. Rumor has it that Marilyn Monroe and JFK crossed paths on these hushed, hallowed grounds in the early 60’s. Happy Birthday, indeed. 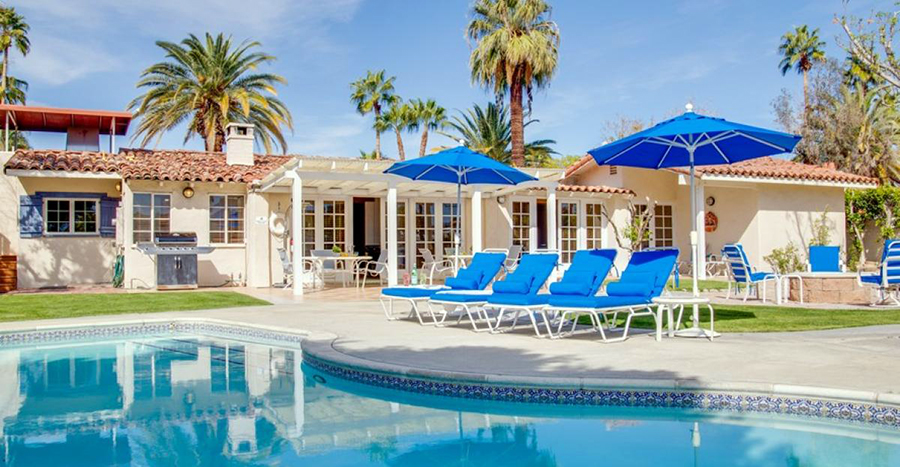 And to make your next birthday, anniversary, or any other special occasion into a star-studded affair, book your stay at one of the many Palm Springs Hollywood Homes.