Since the 1920’s, visionary modernist architects have designed sleek, modern homes that have embraced the desert environment. The dramatic geographic surroundings of the Coachella Valley inspired a design aesthetic in the middle of the 20th Century now called Desert Modernism.

A New Form of American Architecture

Notable for its use of glass, clean lines, natural and manufactured resources and connection of indoor and outdoor spaces, Desert Modernism evokes a lifestyle of simple elegance and informality. Influenced by the dictates of desert living and the year-round warmth of Palm Springs, the style grew out of the architects and designer’s adaptive use of inventive materials, modern construction techniques, and new (post-war) technologies.

It served an enthusiastic and willing clientele. Talented architects were drawn to the desert by chance and opportunity. The village adopted an informal and relaxed feel, and its architecture started to follow. Form followed function in Desert Modernism. Structures were characterized by shaded breezeways, flat roofs, muted exterior colors, and large expanses of outdoor spaces.

The exteriors of Desert Modern homes first and foremost reflect the beauty of the surrounding landscape— this is done through large windows that let the outside in.  Low, sleek lines that make buildings blend in with the scenery and open interiors that keep that airy desert feeling. Desert Modernism uses natural building materials like wood and stone as a way to blur the line between man-made and nature-made. True to its midcentury modern roots, less is more.

Many of the Desert Modernism buildings have these four things in common;

The Architects and Designers of Desert Modernism

Palm Springs Desert Modernism brought together architects, developers and interior designers to create an effortless, simple style. These midcentury designers helped put the Desert Modern style on the map, and left Palm Springs all the more beautiful for it.

Architect William Krisel designed over 2,500 homes in Palm Springs over the course of his career. This home was part of a series of 90 tract homes called “Twin Palms Estates.” Its white exterior with breeze block accents gives it an optimistic look.

Frey House II, built in 1964, was designed by Albert Frey. Frey is considered one of the founders of Desert Modern style. When it was first constructed, it had the highest elevation of any building in Palm Springs and was constructed to have as little of an impact on the surrounding environment as possible. Frey lived in this home until his death in 1998 at the age of 95. It is now owned and managed by the Palm Springs Art Museum.

Steel House No. 6, built in 1962 by Donald Wexler, is only one in a series of seven steel houses built in Palm Springs. Its folded plate roof was meticulously constructed and mimics the mountain range in the background.

The neutral, earthy tones of the Frank Sinatra Twin Palms estate reflect the surrounding landscape. The home was designed by E. Stewart Williams in 1947, and set the standard for celebrity Palm Springs residences to come. 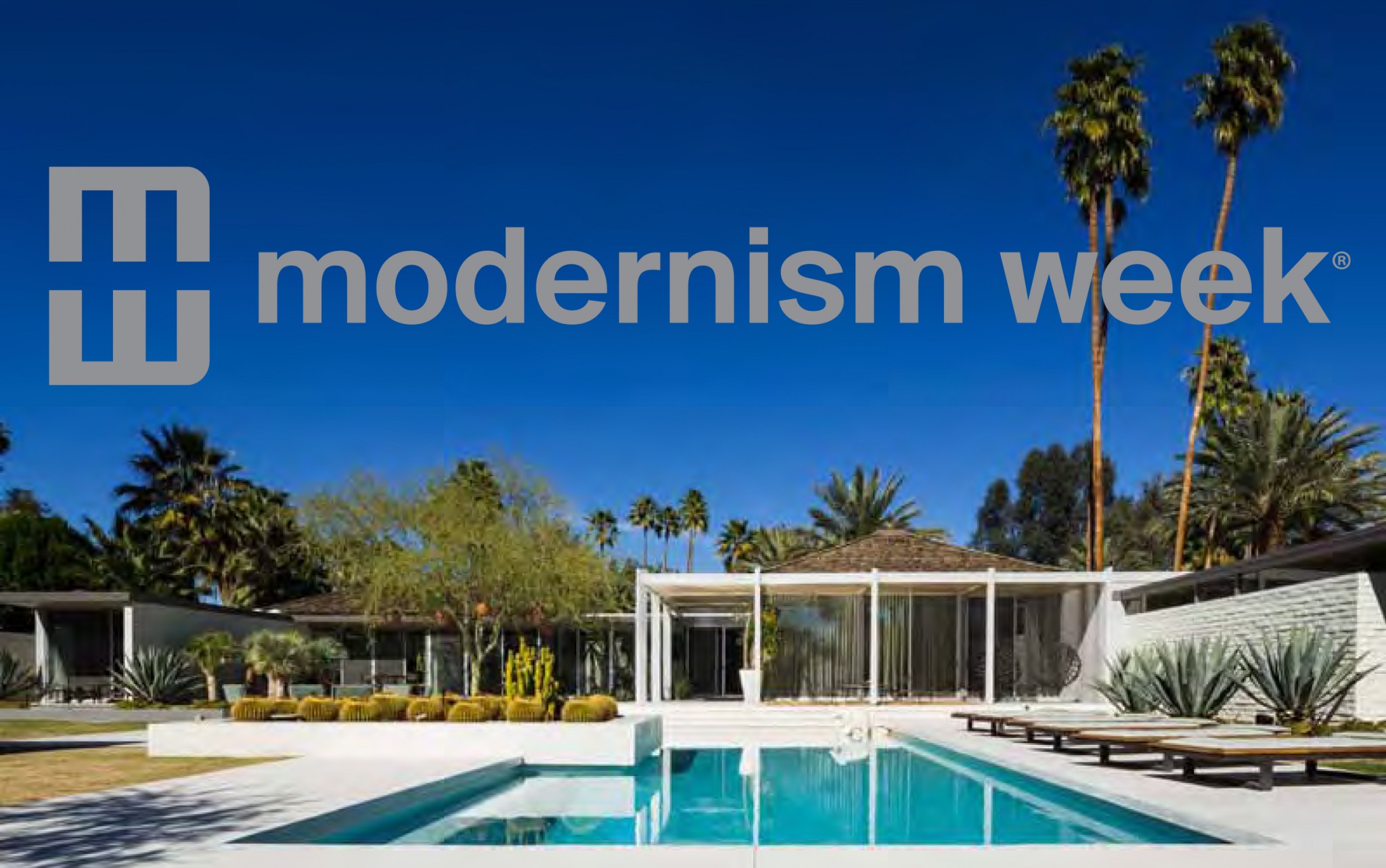 Stay in a retro retreat. Many of the Palm Springs small hotels, Inns, and vacation home rentals are midcentury classics.

Guided tours are available year-round, like Mod Squad. Learn about the masters of mid-century modern architecture by taking a van tour of the desert’s most notable architecture. If you can’t make Modernism Week, they now offer a seasonal tour called Architectural Tours by Modernism Week.

Take home a unique piece of desert modernism from the many of boutique shops along Palm Canyon Drive. There is also a  Vintage Market at Camelot Theater the first Sunday of the month.

Visit the Palm Springs Official Visitor Center, which was once the Tramway Gas Station designed by Albert Frey and Robson Chambers.

The fact that these structures have survived is what makes Palm Springs unique and even more significant in the history of modern architecture.

Modernism Week – The Best Is Yet to Come!

By Barbara Beckley Can you believe? Modernism Week 2023 will be the 18th year Palm…