For more than 80 years, Palm Springs has been a magnet for the rich and famous. Sure, the Brits have the royal family but the City of Palm Springs lays claim to its own royalty – Hollywood royalty. And so began Palm Springs Hollywood history that would continue to grow over the decades.

Dating back before the 1930s, Palm Springs has been a celebrity playground for Hollywood’s A-list. Ever wonder how that evolved? At the time, most Hollywood celebrities were under contract in the “studio system” which required that actors remain within 2 hours away in case the studio required their services.

That made Palm Springs the perfect escape from the glare of Hollywood and provide Hollywood actors and actresses a welcoming place to enjoy the sun and let their hair down. Residents who grew up in Palm Springs recall that there was an unspoken rule to not approach or bother celebrities who came to town. Bob Hope could play golf, Jack Benny could sneak in to See’s Candies, and Frank Sinatra could stroll downtown eating an ice cream – all with relative anonymity.

From the 1930s to the 1960s, the world-famous Racquet Club was ground zero for the glitterati where they played tennis, romped poolside, and sashayed at the Bamboo Lounge where Marilyn Monroe was said to be discovered.

Founded by actors Charlie Farrell and Ralph Bellamy in 1934, the Racquet Club hosted the likes of Clark Gable, Spencer Tracy, Natalie Wood, Tony Curtis, Jayne Mansfield, Kirk Douglas and countless others, all of whom held court, partied, and enjoyed convivial camaraderie while relaxing away from Hollywood.

Our Mayor of Palm Springs at the time was the late Frank Bogert who was a talented promoter. Mayor Bogert was known for taking photos of Hollywood’s elite frolicking in Palm Springs which were seen around the world. His gambit worked, thus, burnishing the town’s reputation as a desired location to see and be seen.

Another popular hotspot that has a long history of entertaining celebrities is Melvyn’s at the Ingleside Inn. A 1925 Palm Springs Class 1 Historic Site, the Ingleside Inn’s list of guests reads like a “Who’s Who” of Hollywood. Greta Garbo slept there. Carol Lombard and Clark Gable honeymooned there. Frank Sinatra threw a lavish pre-wedding dinner the night before his wedding to Barbara Marx.

Those were fondly remembered glamorous bygone days. But the lure of Palm Springs has continued its seductive appeal.

An Intersection for Old and New Hollywood

During Palm Springs’ colorful history, it has received countless accolades and lauded as one of the hottest international destinations. But now the secret is out! In 2017 Palm Springs was named the Sexiest City in the United States by Victoria’s Secret.

And it’s not just bold-faced names that find our resort town a relaxing respite. Palm Springs is also a hot travel destination for more and more Gen Xers, millennials, boomers, as well as leisure travelers from around the country and throughout the world. They all flock to Palm Springs for fun in the sun. Today, visitors make the pilgrimage to enjoy our spectacular scenery, warm gracious hospitality, and historic charm.

During the largest music and art event in the world, Coachella Music & Arts Festival held each April, Palm Springs is the destination of choice for artists, musicians, celebrities, and cultural icons to hide out for the duration of the festival.

Ready for Its Close-Up

Palm Springs natural wonders are extraordinary and have been a sought-after location for numerous films and TV shows. Scores of fashion photo shoots, music videos, feature films and lifestyle TV shows have used Palm Springs as a set piece.

The palm tree-lined avenues, the sweeping views of Mt. San Jacinto and the Santa Rosa Mountains, the stunning desert landscape all have lent a popularized sense of place in countless film shoots.

And let’s not forget the annual Palm Springs International Film Festival which has drawn the world’s elite film stars each year since its inception in 1989. Held in January each year, the Palm Springs International Film Festival has become a reliable barometer for predicting the Oscars™ — in fact, 48 of the last 53 honorees have captured the golden statuette. Among the Hollywood stars that come out to shine for this glamorous event are: Gary Oldman, Johnny Depp, Nicole Kidman, Matt Damon, Brad Pitt, Helen Mirren, Jessica Chastain and countless others who have added to the town’s star power.

Palm Springs has also been home to many famous residents, too. Celebrities from Frank Sinatra to Leonardo DiCaprio and many others in between have been among the town’s residents who fell under the spell of Palm Springs’ tranquil beauty.

Another way to discover some of Palm Springs’ celebrity residents is to take a self-guided tour along Palm Canyon Drive to see the many bold-faced names who have stars on the famed Palm Springs Walk of Stars.

Whether it’s your first visit or you are a frequent guest, we treat all our visitors as celebrities! We welcome you to our desert paradise. 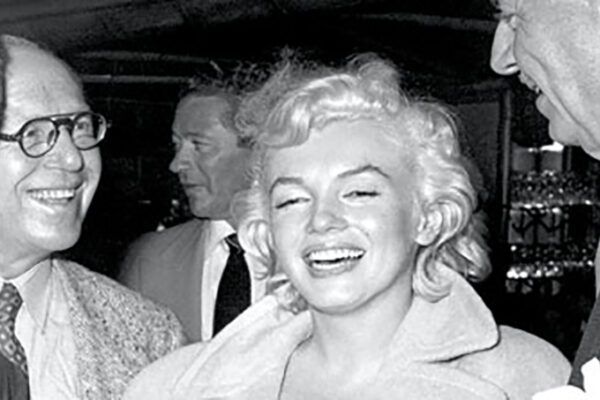 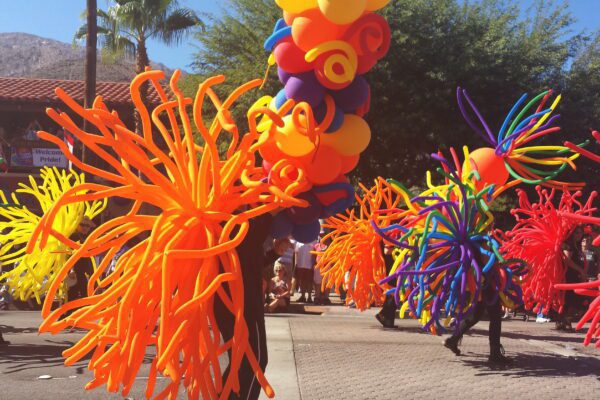 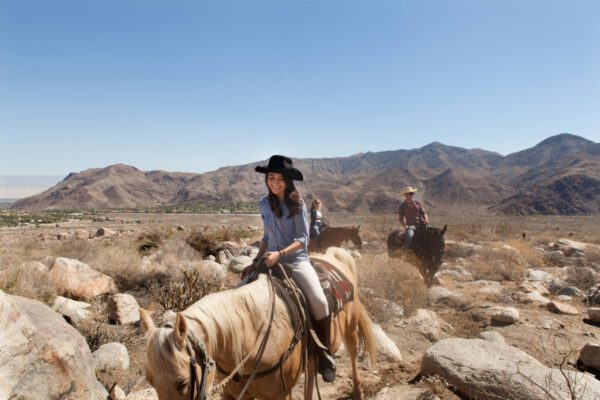