Palm Springs is a landscape crafted in luxury and dominated by style. Our midcentury roots flourish into modern masterpieces, affirming our reputation as one of the world’s foremost tastemakers in architecture.

But unlike other sterile destinations that must be admired from afar, Palm Springs has a lived-in appeal. Our midcentury resorts are as inviting as they are innovative, making your next stay a true work of art. Peruse the following structures and book your future trip at a throwback wonderland… 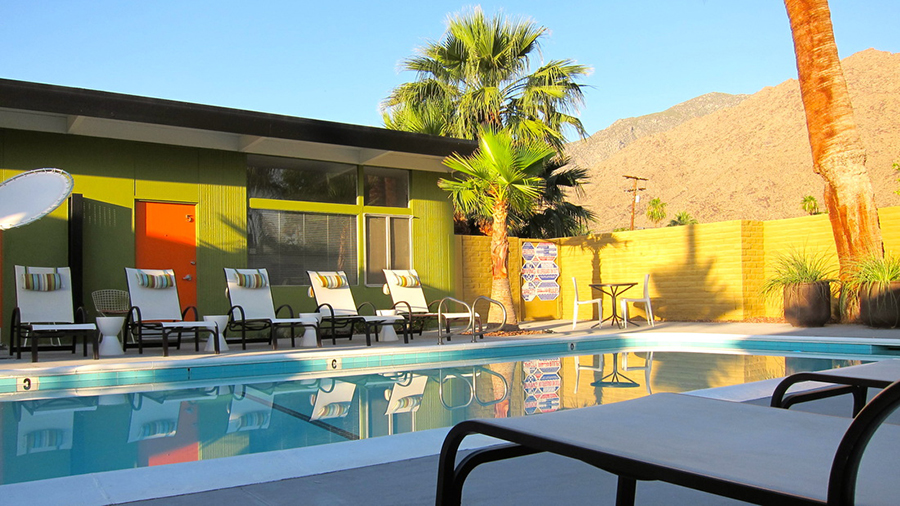 Its playfully canted rooftops waltz in an endless intersection of whimsy and nostalgia, guiding your eyes to scan every meticulous surface of Howard Lapham’s 1954 triumph. Desert Star lives up to its name, shimmering with an olive green façade that is punctuated by Day Glo orange accents, but the vibrant colors belie the placid serenity of this tranquil foothill getaway. 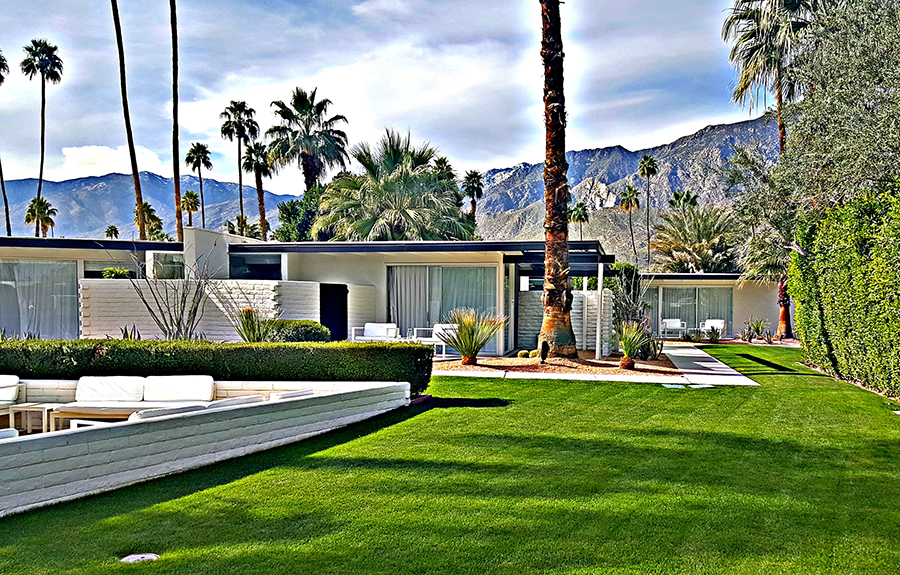 This truly is a tale of two bungalows (or 20, to be more precise). This midcentury resort design harkens back to the excess glamour of 1952, when it was first conceived by legendary architect William F. Cody, then resurrected in 21st century glory by designer/owner Steve Hermann. L’Horizon’s muted mix of white stone and wood frames screams elegance (but in a refined whisper). Past guests include Marilyn Monroe and presidents Nixon and Reagan; it is a true California landmark, then, now and forever. 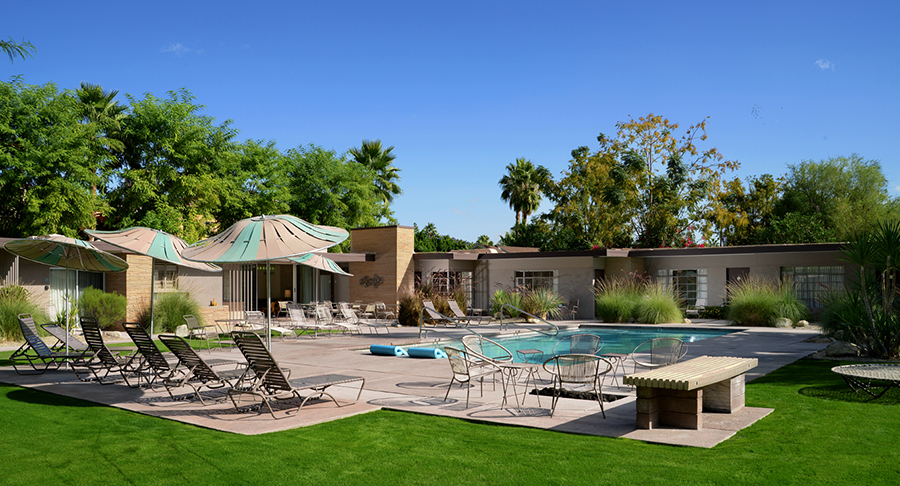 Once described as an “ultra-modern motor court inn,” this unassuming midcentury gem lays low to the ground while ascending to new heights of old-school grandeur. Herbert Burns crafted The Hideaway in 1947, but the flair of its sweeping patio parasols is as fresh as a cocktail umbrella and twice as intoxicating. With 70 plus years of style under its belt, this destination defies categorization. You’ll love your stay in this midcentury resort within walking distance of downtown Palm Springs. 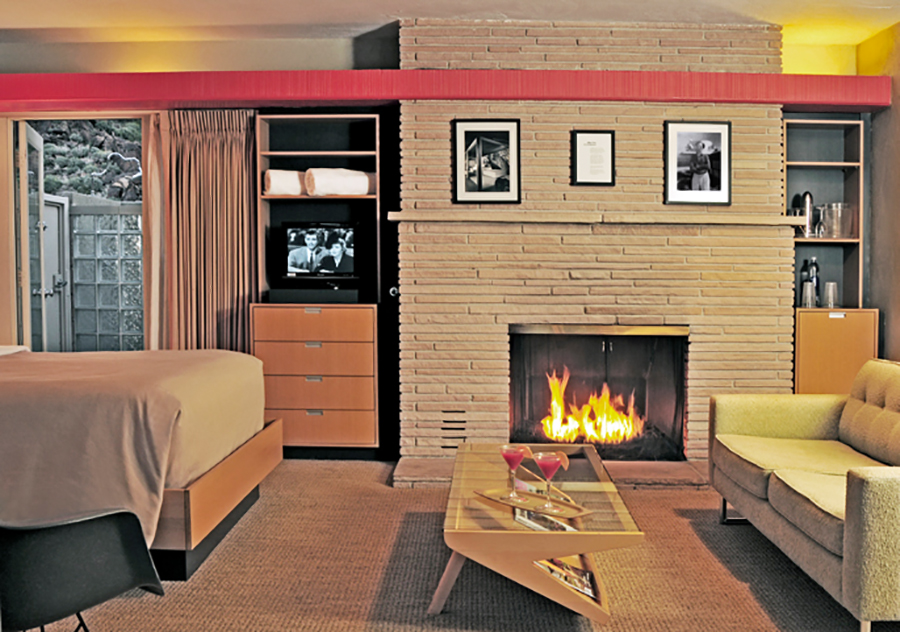 A short stroll down Arenas Road from The Hideaway, you’ll find its sister seductress, Orbit In. Also designed by Herbert Burns (but a full decade later), this 1957 midcentury monument is a love letter to simplicity. But just when you think you’ve got its aesthetic figured out, the Orbit In surprises and dazzles with unexpected pops like a pink tiled bathroom or a Jetsons inspired space-age furniture set. Midcentury goes modern, indeed. 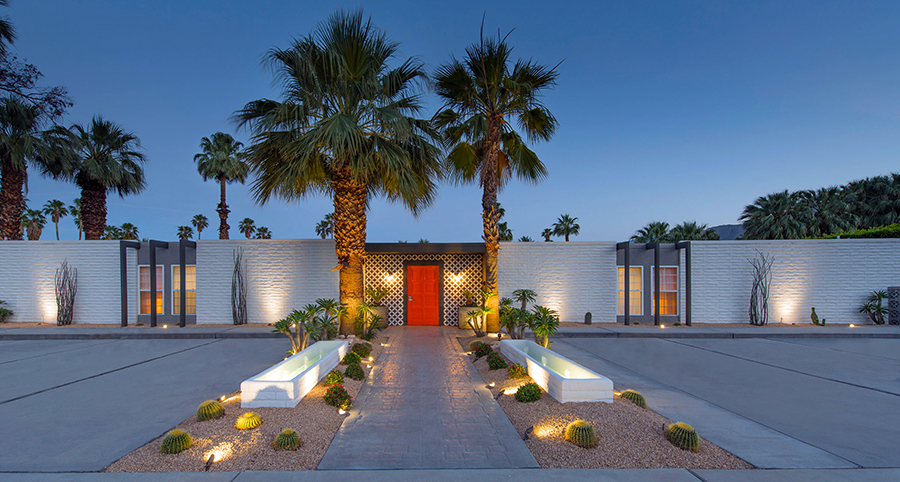 The Weekend, Palm Springs is a small mid-century modern luxury boutique resort located in the center of the celebrity studded Old Las Palmas neighborhood. Originally built in the 1960’s it has just now undergone a multimillion dollar renovation. Upon entering you are transported to a chic and timeless space, that while modern, is rooted in the mid-century 60’s ethos that made Palm Springs the stylish getaway for Hollywood’s elite. All of the accommodation’s offer either one or two bedroom villas, with spacious living rooms and private patios in which to relax and complimentary continental breakfast. In the 1970’s fitness guru Sheila Cluff transformed the property into a spa called The Palms. 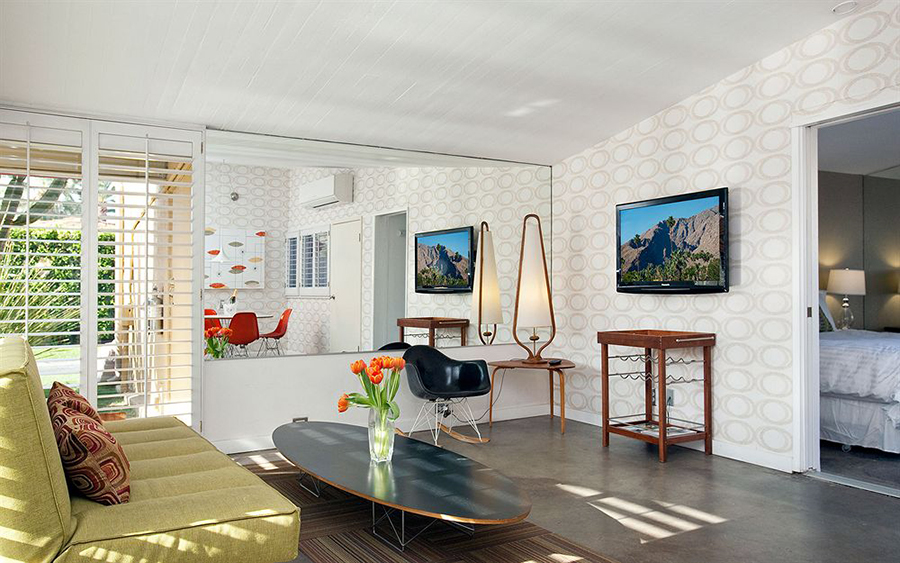 Towering over the competition like the redwoods from which it is constructed, this William Cody creation dates back to 1947. Every room evokes a golden age of Palm Springs luminosity, from the Errol Flynn Suite (sprawling, understated) to the Shaken Not Stirred Room (intriguing, seductive) to the Hope & Crosby Room (cozy, familiar). You’ll feel like Hollywood royalty, right here in the heart of the Historic Tennis Club neighborhood. Love-love! 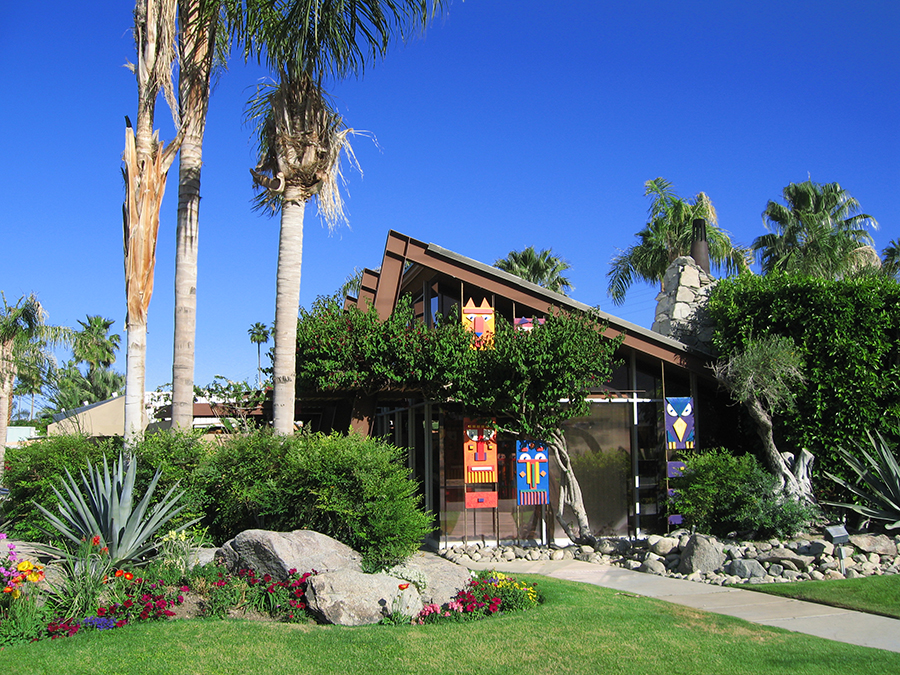 Our hometown is a living museum of innovation and intricate design, and Hugh Kaptur exemplifies this spirit of creativity in this midcentury resort gem. The last surviving giant of midcentury modernism, Kaptur built his first Palm Springs structure in 1958. It was known as The Impala Lodge, a fitting name for such an exotic creature, festooned with angular beauty and spare quirks. Over the ensuing decades, it would become an apartment complex and then revert to its resort foundations before being lovingly restored and re-imagined as a clothing optional gay retreat. No matter how many incarnations the Triangle Inn has racked up, its ingenious assemblage of stone and glass stands as an eternal homage to Kaptur’s limitless vision.

From gangster getaways to celebrity hideaways, Palm Springs is a beacon of desert sophistication. The aforementioned structures map out an oasis of awe-inspiring abodes. Welcome to the best of then, circa now.