Get to know the Owners: Nelson Cooley and Ramon Bautista

You can hear the smile in his voice even before you see it in his eyes. Nelson Cooley — who with no prior hotel experience – is over the moon with happiness to be the owner of Amin Casa Palm Springs.

Casa Amin guests are equally thrilled with Nelson. One long-time guest under the former owner, cried with happiness when she saw the renovations. New guests are filling the hotel’s seven charming bungalows: six with living rooms and full kitchens, including two, two bedrooms/ two baths; four, one bedroom/one bath, and one studio with a kitchenette, in record number. Many are already repeat guests, even though Amin Casa Palm Springs has been open just year. One couple is booked through 2025.

“Owning the hotel was a fluke,” Nelson explained during our recent interview. “All my partner Ramon Bautista and I wanted was a house in Palm Springs.” That was three years ago, and they bought a lovely mid-century number.

It Began With Our Home

“Sure,” the twosome replied.

More than helping out – Nelson and Ramon decided to buy the complex! “Owning a hotel might be fun, we thought.” Nelson was newly retired from 30 years in the high tech industry. “We’d done renovations in homes before and enjoyed it. I had the time. And we were pretty sure that if we didn’t purchase the bungalows all their charm and history would be torn down by developers.” The hotel is perfectly positioned just a four-minute walk to the restaurants, shops and nightlife of downtown Palm Springs. Acclaimed Spencer’s Restaurant is around the corner. 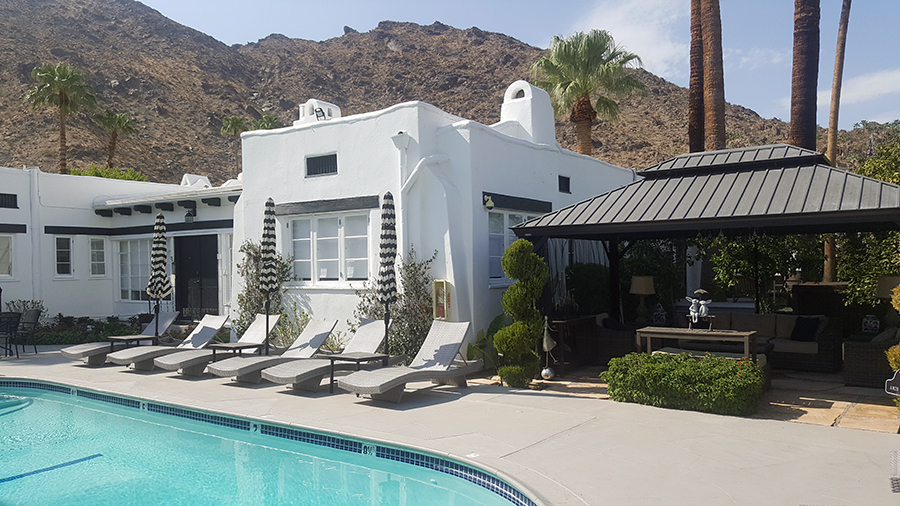 “We had no hotel experience, other than staying at five-star hotels around the world for years,” Nelson explained. Amin Casa is proof that sometimes no experience is the best experience. The partners incorporated everything they liked about five star properties – a friendly staff, top level service and lovely surroundings. And they eliminated everything they didn’t – like hidden fees. “The rate is the rate. There are no Internet, no parking or other hidden fees, Nelson emphasized.

Are they happy? Running Amin Casa Palm Springs is even better than we expected,” Nelson enthused. “Our guests – whether long term or weekend – are like family. We’ve made so many amazing friends.” Many guests have also become friends with each other and plan their stays at the same time. In season, the Saturday night poolside champagne reception with hors d’oeuvres adds to the comradery. There’s also an outside BBQ for guests to use if they wish, and Saturday and Sunday coffee service in the lobby. Amin Casa is also becoming popular as a buy-out for destination weddings, Nelson said. 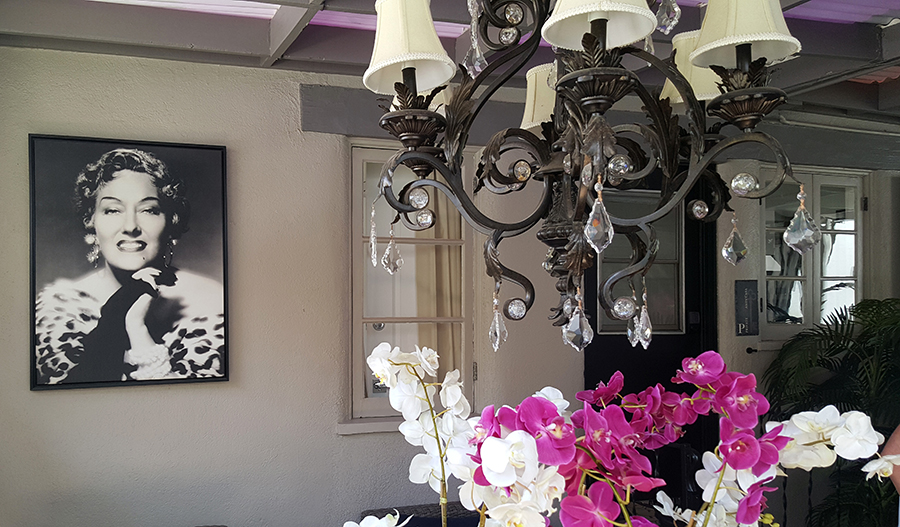 In many ways a stay at Amin Casa is like it was “back in the day,” when film star Gloria Swanson owned the original two-bedroom bungalow and two guest houses, Nelson added. The complex was built in 1928. Gloria bought it new and owned it until 1940.  The neighborhood was as glamorous then as now when she hosted fellow celebrities, three of her six husbands, and perhaps Joseph Kennedy (J.F.K.’s father.) “When Gloria owned it she was having an affair with Joe Kennedy, so it’s probable he slept here,” Nelson said with a twinkle in his eye.

The Gloria connection lets Nelson’s and Ramon’s playful sides shine bright. They participate in many community activities including the Walk of the Inns each December, when Palm Springs small hotels open their doors to visitors with receptions and other entertainment. Last year to punch up the fun, the boys hired a Gloria Swanson look-a-like drag queen to greet everyone and pose for photos. “There was a line to take photos with her,” Nelson chucked. “I don’t know what we’ll do this year to top that. But we will!”

Look for Nelson daily at Amin Casa Palm Springs. And Ramon, and their rescue terrier, Samantha, on Saturdays and Sundays. Ramon is still busy with his Healthy Traveler international travel medicine clinic in Pasadena. Nelson is originally from Massachusetts and Ramon is originally from the Philippines. Hence their hotel name – Amin Casa – which translates to “our” (amin in Tagalog) “house” (casa in Spanish). 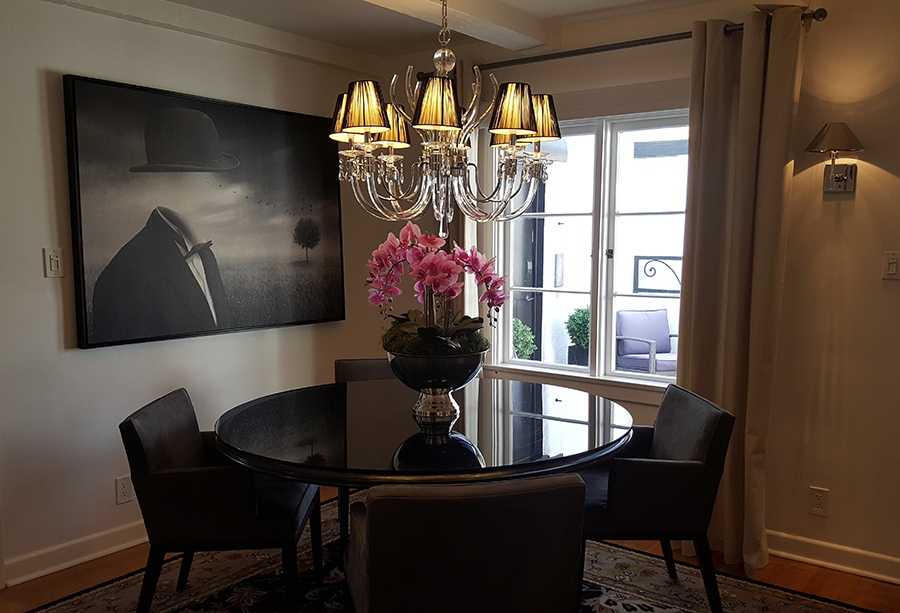