Gelato Granucci Will Take Your Tastebuds Away

Simonetta (Sam) was a portfolio manager. Tom was a mechanical and software engineer. Now, they own and operate the gelato shop, Gelato Granucci, in downtown Palm Springs. How did that happen? Well, it all started in 1920s with Sam’s family, the Granuccis.

History of the Granucci Family

In 1929, Sam’s grandfather, Luigi Granucci, moved his family from Italy to the Netherlands in search of new opportunities. They began to make gelato and sell it from bicycle carts. Over time, the business grew, being handed down from generation to generation, going from bicycle carts to gelaterias to a gelato production facility. Today, Sam’s uncle Edi and his daughter Didi run their facility in Apeldoorn, which supplies gelato to over 50 gelato shops. When Sam and Tom made their own move to Palm Springs, Sam decided it was time she brought the Granucci tradition to the States. 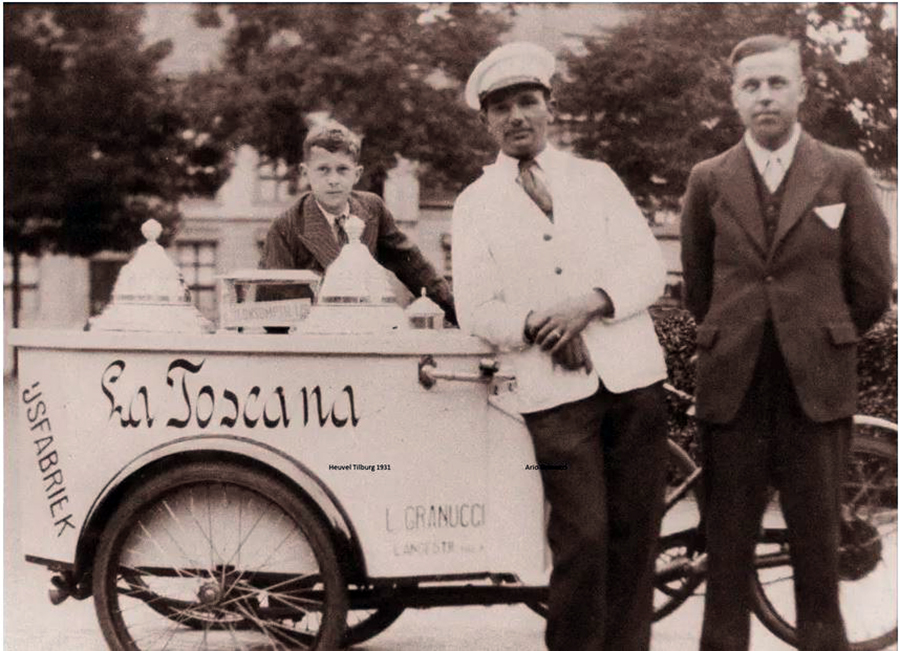 With the help of Edi and Didi, Sam and Tom learned the art of gelato making and in January 2019 opened the doors to Gelato Granucci in downtown Palm Springs. Gelato Granucci prides itself on its family tradition and its authenticity. Its ten gelato flavors, six sorbet flavors, and four granita flavors are hand crafted from all-natural ingredients by either Tom, Sam, or their son Gianluca (hi!).

Gelato Granucci sources locally and from around the globe to ensure the highest quality and most authentic flavor. They import Sicilian Bronte pistachios and Tonda Gentile hazelnuts from Italy and all citrus fruits are farm fresh from Pearson Ranch here in California. The dedication to fresh, all-natural ingredients shows, whether it’s in rich, creamy flavors like pistachio or hazelnut, or refreshing flavors like Meyer lemon sorbet. Whenever possible, Gelato Granucci sources and partners with local providers in the Coachella Valley. All the pastry products, macaron shells and sponge cake, come from local baker IPastries and the coffee, used for both coffee gelato and granita, comes from local roaster Joshua Tree Coffee Company. 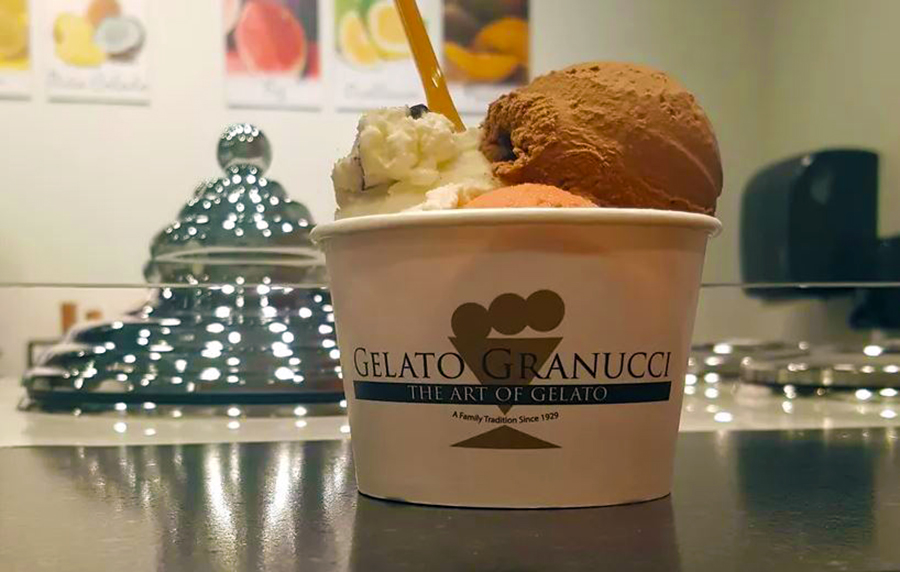 There’s more than one way to enjoy Gelato at Gelato Granucci.

Everyday there are a variety of gelato pops. Gelato dipped in chocolate, available plain or topped with amaretto cookies, or a cookies and caramel crumble. Their unique gelato cannolis are a new twist on a classic Italian treat. Any available flavor of gelato or sorbet can be made into a macaron sandwich. For customers who wish to take gelato to go, whether to enjoy themselves or to entertain at a party, any available flavor can be packed into a pint or quart. For a special dessert, there are gelato cakes available for custom order, requiring 48 hours notice. Any two flavors of gelato or sorbet with a layer of sponge cake, masterfully decorated by Head Gelataio Tom Allen. 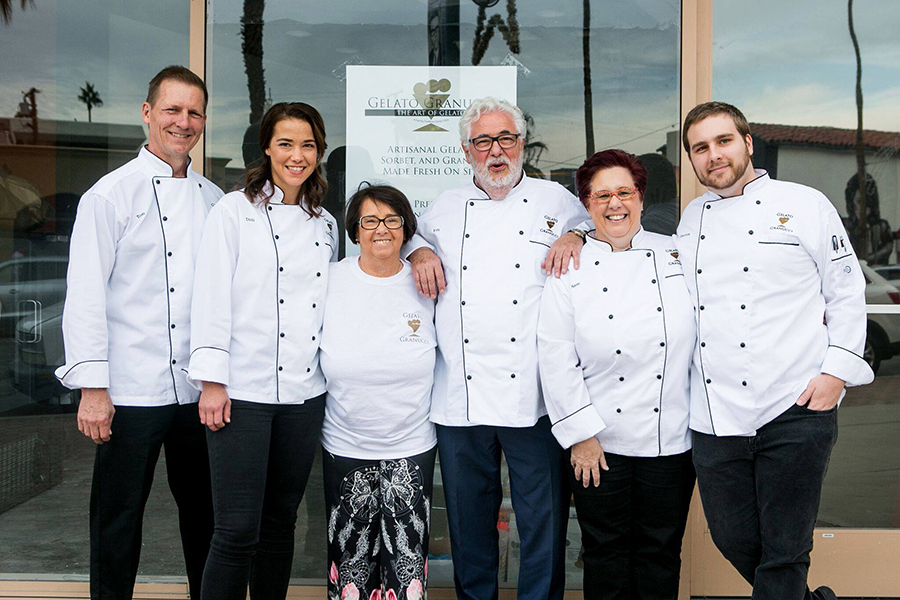 Gelato Granucci aims to not only bring the Granucci tradition to the states, but also the authentic Italian gelateria experience. The first thing people notice when they enter the store is that all the gelato is covered, not displayed in pans. That is because Gelato Granucci uses a display system from Italy called pozetti (little wells). While it is not as visually impressive as the more familiar pan storage, the pozetti keep the gelato at a uniform temperature and prevent the adverse effects of temperature change. The result is that the gelato stays fresher and maintains its creaminess. Gelato Granucci also serves a full range of coffee products, from espresso to americanos to affogatos, a scoop of gelato with a shot of espresso poured over the top. Yum!

More than anything, Gelato Granucci strives to be a welcoming place. A place where customers can come to relax, enjoy a sweet treat, and experience a legacy going on over ninety years. Sam and Tom are looking to the future, looking to make their own mark on the Granucci legacy. And in the perpetually sunny paradise of Palm Springs, there’s no better place for a couple of gelataios to do that.

Over The Rainbow Desserts

It’s no secret weekends are generally the most popular time for travel.  Save money and…