As the old saying goes, you are what you eat. And if you’re lucky enough to eat at Zin American Bistro, then you’re an intoxicating mélange of hearty local ingredients, elevated by the adventurous perspective of a seasoned world traveler. It’s a style and sophistication that has become synonymous with its owner, Mindy Reed. “When people ask who I am, I have a horrible habit of responding, ‘Oh, I’m Mindy from Zin.’ It’s definitely become a huge part of my identity. It’s just fun,” she laughs. “There are times that I almost forget that my actual name is not ‘Mindy from Zin’.”

It’s an enviable reputation to have, considering how celebrated her award-winning bistro has become. But what are Mindy’s actual origins? “I wish I had some romantic story,” she replies with her signature chuckle before explaining that her move to our hometown was a simple matter of childcare. She was able to watch her kids by day, but needed to find an after hours gig to pay the bills. “So I came to Palm Springs and I got a job opening Chillers Nightclub, and the shift didn’t start until 8 or 9 o’clock at night, since it was a nightclub.”

Sounds exhausting, but Reed doesn’t have time for fatigue; she’s too busy crafting her delectable brand of upscale dining with down home panache. “We’re really an American restaurant with a French influence, which comes through in a few menu items, but mostly techniques.”

Menu items? We’ll bite. When asked for some sample standouts, Mindy sets the table for awesomeness. “The Fried Blue Cheese Olives are really one of the fun menu items. We also have the Zin Bites that are really popular, and that’s kind of a twist on Beef Wellington. It’s a piece of filet mignon wrapped in some puff pastry with some Chèvre goat cheese, and then they’re fried and served with a Zinfandel shallot reduction.”

Pardon us while we try to contain our collective belly rumble, because these offerings are supremely enticing. And if you’re wondering how they pair with the beverage menu, Reed is light-years ahead of you. “We have a wine list with over 550 wines on it. We’ve won the Wine Spectator Award of Excellence four years in a row and we’ve won other awards from them for 14 years straight.”

Prestige is one matter, but how about the cost? “I can honestly say that we have the best prices on our wine anywhere in the valley. Dom Perignon champagne for like 150 bucks? You can’t get better prices anywhere.”

Value is just one of the superlatives that Reed brings to the neighborhood. “I’ve been working downtown in Palm Springs for a long time. I think I really started to appreciate the community the most after I opened the restaurant.”

That was in May of 2004, a weekend Mindy recalls with a mix of sentiment and strategy. “The season was over, it was Memorial weekend that I opened, so I really opened with the idea of getting the support of the locals. I worked very closely with a lot of the small hotels to kinda capture that boutique tourist traffic. But I would say that a large part of my support is definitely from the locals. They’ve been very supportive.”

It’s a sense of generosity that Reed has reciprocated with time, love, and resources. “I try to be very involved in the community. I’ve done the AIDS/LifeCycle ride five times and raised over $45,000 for HIV research with them. And we’ve participated in Dining Out for Life since the very beginning. I think that giving back to the community that you’re in is not only just the right thing to do, but it makes being in business more worthwhile. Because there’s a lot of stress and a lot of headaches, and you ask yourself sometimes, ‘Is this really worth it?’”

Mindy answers her own rhetorical question analytically, reminiscing about her humble beginnings and her lofty philanthropic goals. “If I was still a waitress, I wouldn’t be able to give as much. I think that makes a lot of the extra things I’m forced to do because of my job – it makes all of the headaches worth it.”

Not to mention the residual success of Zin Bistro. “Coming up this May, we’re actually celebrating 15 years. That’s kind of a landmark for a restaurant, I think!” Reed punctuates her assertion with humble laughter before continuing, “It’s kind of mindboggling to me. I opened with the intent of just having some independence and to do my own thing and ended up opening a second location.” That sister saloon is Revel Public House located at 140 S Palm Canyon Dr.

“I never in a million years dreamed that I would actually have the restaurant for 15 years, but it feels like home.”  We’re proud to share those feelings, ‘Mindy from Zin’ – welcome home. 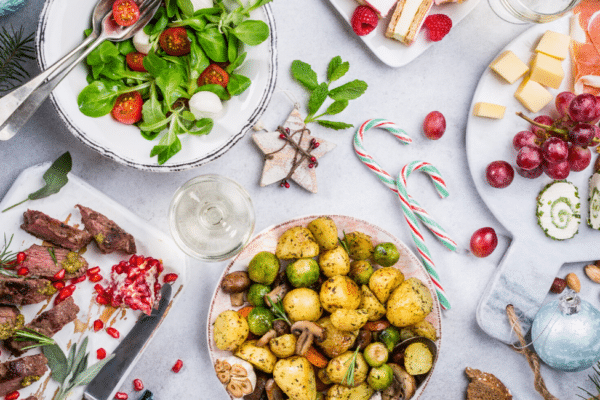 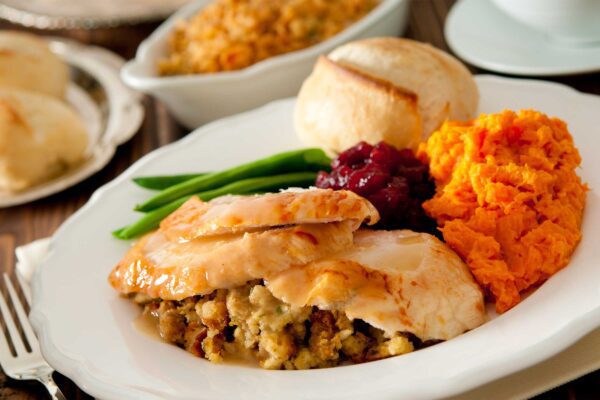 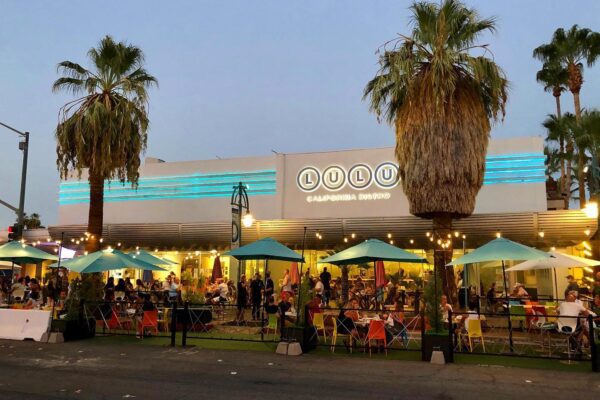