“You Are Included” – That’s this year’s theme. Greater Palm Springs Pride is celebrating their 35th Anniversary. This is a multi-day pride festival and admission is free. Palm Springs Coming Out celebration is Nov. 5; Pride Festival Nov. 6 & 7; and Pride Parade on Nov. 7.

Sip, Sachet, and Celebrate in the Pride Event Zone.  Palm Canyon Drive is home to the friendly Pride Festival unique to Southern California. Enjoy beverages and food with friends while you explore a diverse array of artists, entertainers, beverage stations, and purveyors of a variety of items including, jewelry, snacks, and sweets. Add all that to great shopping restaurants, clubs, and entertainment venues.  The result is like no place else – Palm Springs Pride.

Autumn is the embodiment of Greater Palm Springs Pride. The crispness in the air denotes how cool our event is; the changing of the seasons represents the evolution of self, from denial to acceptance to celebratory wonder; and harvest time symbolizes how we as a community have lovingly gathered our friends and arranged them into a second family.

While other Pride festivals crowd the summer months, our hometown takes its time and savors the first weekend of November, welcoming tourists and thrilling locals until we all weave a rainbow flag of inclusion, one stitch at a time.

So what makes our Pride the best of the fests? Let’s sashay down memory lane to see how we got here… and where we’re marching next.

A Brief History of Empowerment

The LGBTQ universe rippled when those infamous bricks were thrown at the Stonewall riots of late June 1969. Queer New Yorkers demanded equality, but justice requires diligence, so one riot wouldn’t be enough. The following year, the women of Lavender Menace and the men of the Homophile Youth Movement staged the Christopher Street Liberation Day on June 28th, 1970. This would come to be known as the first Gay Pride parade, and it fanned the flames of fury into a flourish of fabulosity. 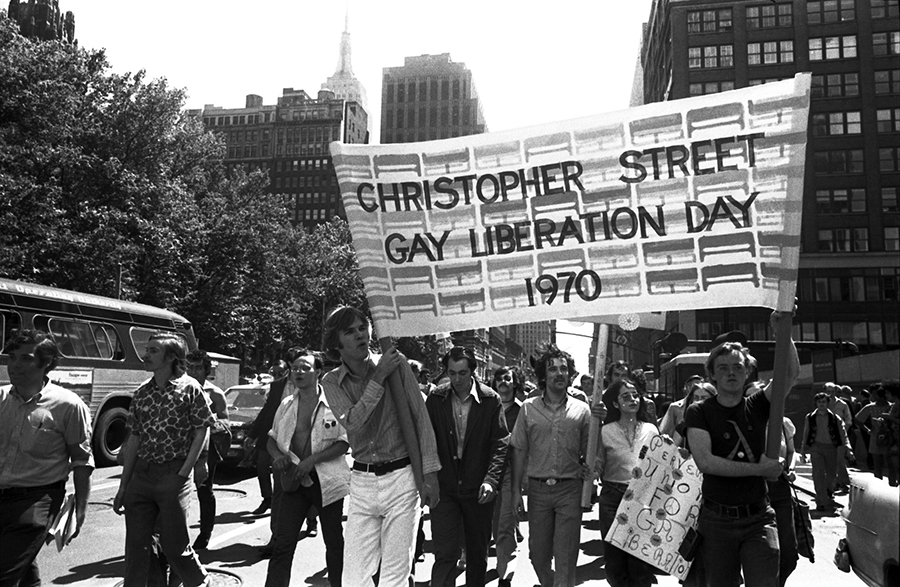 The crowd grew from hundreds to thousands as they descended on Central Park to publicly display their affection and affiliation. Those rebellious kisses reverberated around the globe and across the country, spawning a “Christopher Street West” march on Hollywood Boulevard in Los Angeles that very same day. History had been made, and it was about to “Sizzle” its way to Palm Springs.

In fact, “Sizzle” was the title of our inaugural Pride festival: a variety show and dinner hosted by the Riviera. It was an appropriately intimate affair, since the crowds were escaping the desert heat by clamoring into the Riviera’s ballroom in the sweltering summer of 1986.

“Sizzle” had truly lived up to its name.

Over the ensuing years, organizers did their best to plan around the blazing Palm Springs temperatures. In 1989, for example, the Radisson (now the Renaissance) welcomed fans to a purrrfect purrrformance by Catwoman herself, Eartha Kitt. 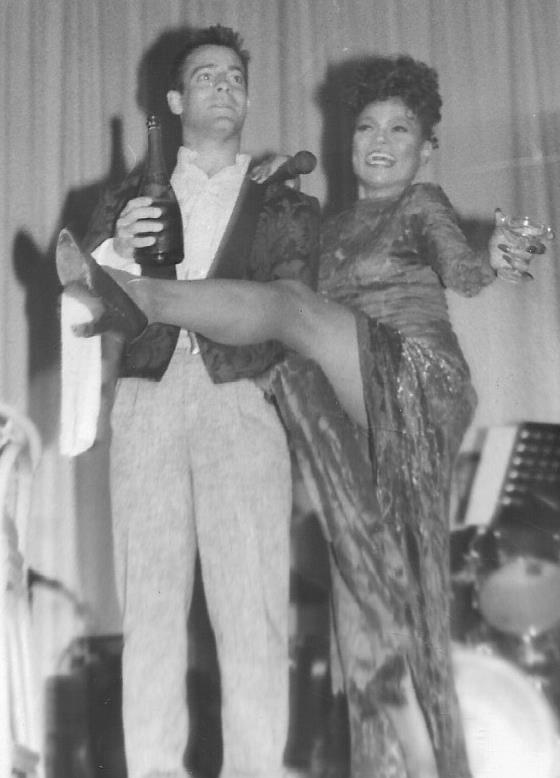 But this kitten had claws; the summer weather was just too much for a successful Palm Springs Pride. Finally, the festival was moved to November starting in 1995, and Michael Feinstein marshaled the newly chill proceedings down Palm Canyon and into legend…

Since 1995, Palm Springs Pride has blossomed exponentially. The crowds have multiplied to over 125,000 party people, which is enormous considering our hometown boasts an everyday population of just over 48,000. In addition to attracting hordes of handsome faces, Pride also summons a handsome sum of money each year. Estimates put that figure at around $22 million annually, a hefty boon to local resorts, bars, and event organizers.

But fear not; these are gays who give back. The Pride Fund supports area schools, promotes various anti-bullying initiatives, and creates scholarships and a wealth of other opportunities at the annual Rainbow Summit every March. Through their vibrant partnership with the Safe Schools Desert Cities organization, the Pride committee is embracing a better tomorrow.

For more details, rock onto www.PSPride.org

Come Out, Come Out, However You Are!

The Wonderful World of Palm Springs Randy Garner In 1938, Walt Disney came for a…