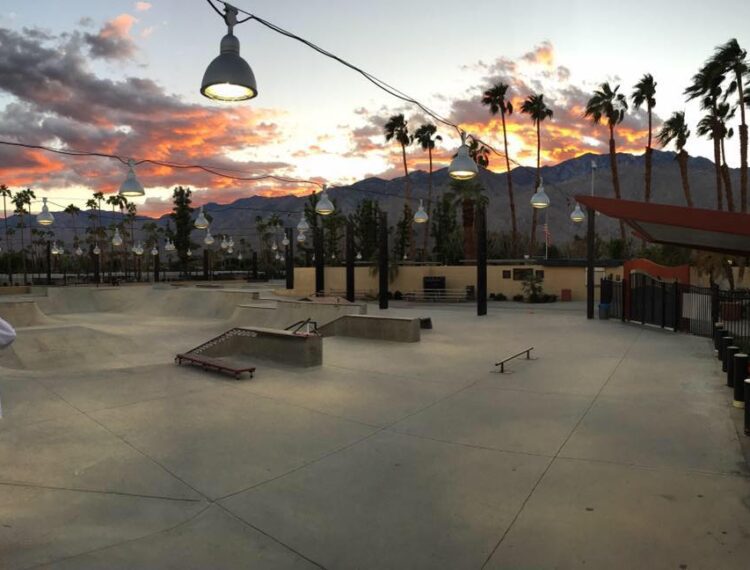 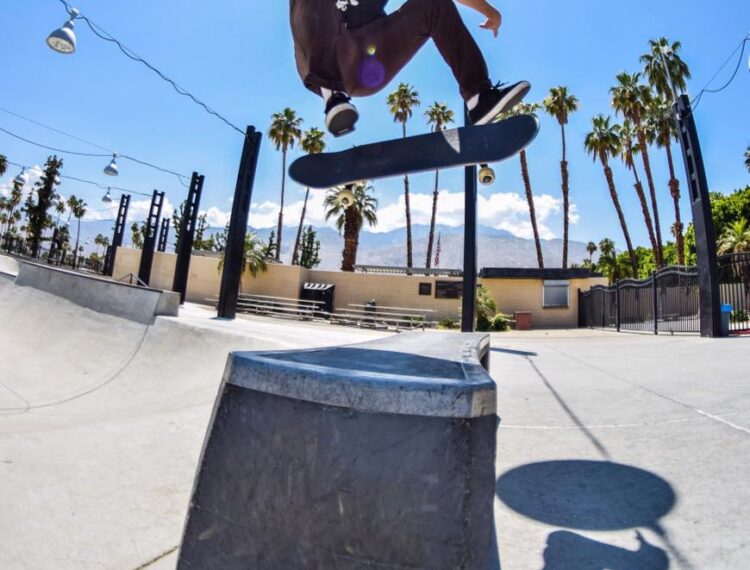 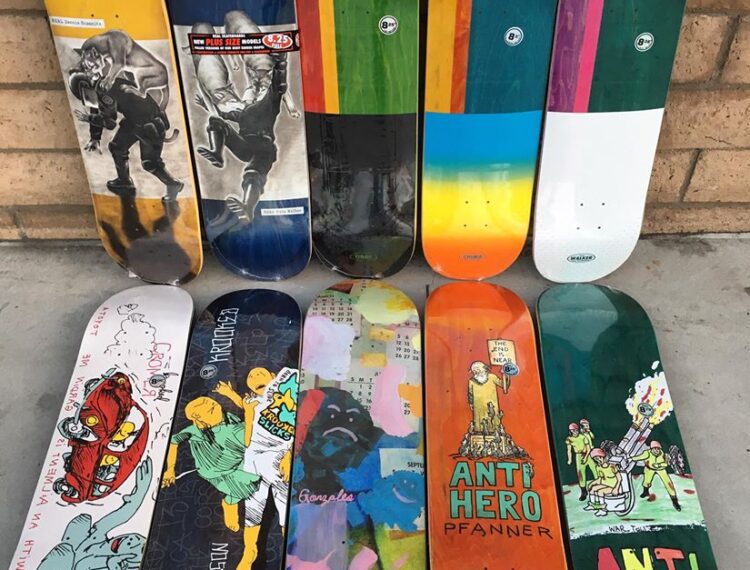 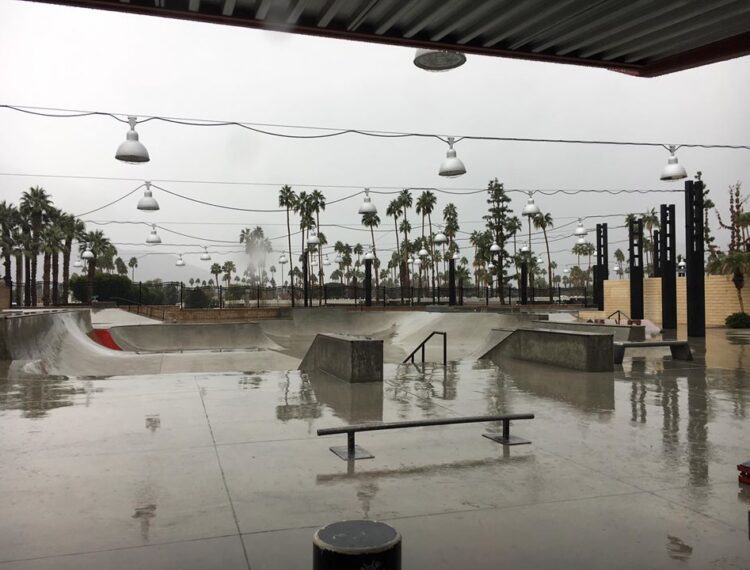 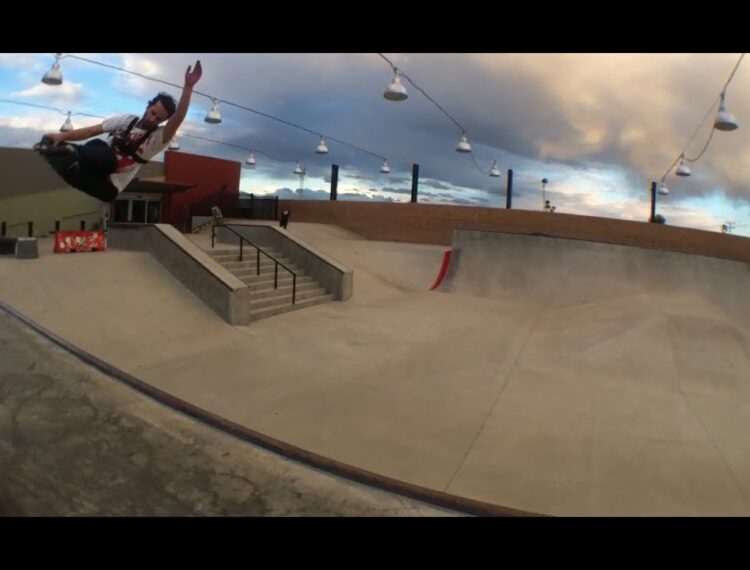 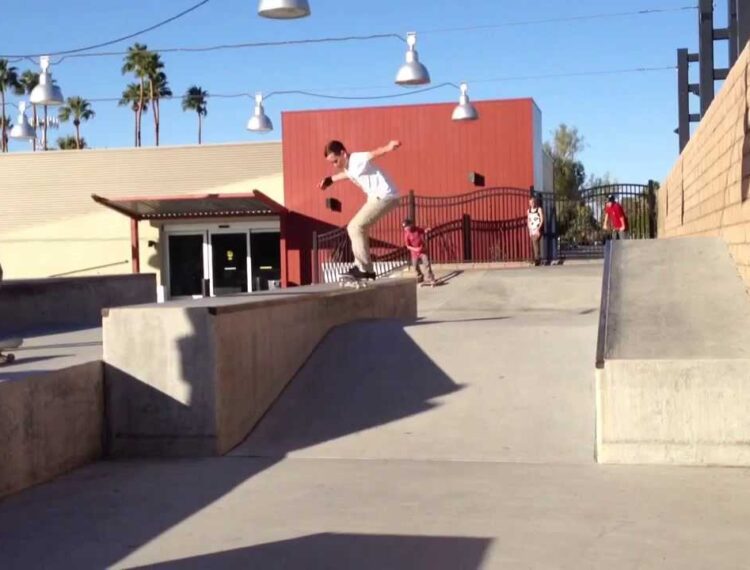 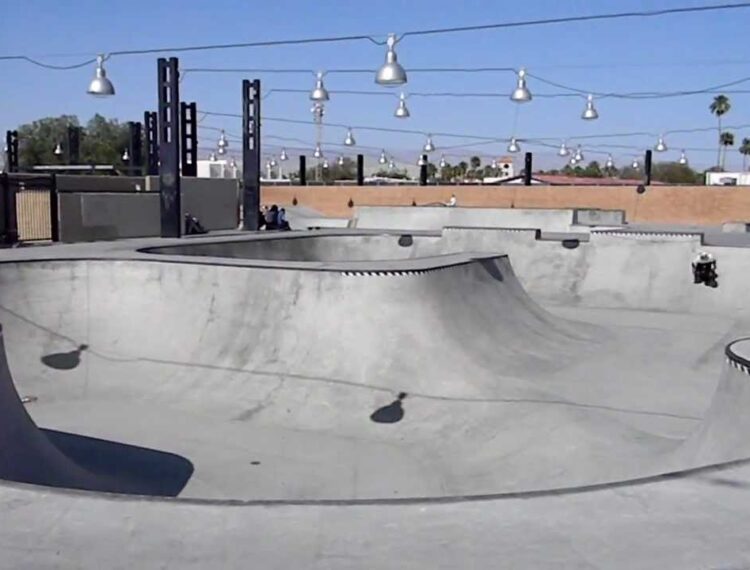 The park consists of roughly 30,000 square feet of concrete skating surface, designed to challenge the skills of both in-line skaters and skate boarders alike.

The park features a Flow Bowl with many street skating elements in and around the area such as hips, rails, pyramids, stairs, ramps and quarter-pipes, all carefully placed for maximum enjoyment. The depth of the Flow Bowl arena is an average of five feet from the surrounding surface and the largest featured section of the park . The Flow Bowl was designed to accommodate entry-level skaters as well as challenge more advanced “street skaters” looking to test themselves on elements they might encounter throughout most any public location.

Adjacent to the street skating area of the park, predominately to the center, lies the Combi-Bowl. This section is almost fully encircled with steel grind rail and divided into two distinct depths to create both a smooth and rapid transition between skating areas. The eastern entry point of the bowl is five feet, six inches in depth and flows to a secondary area that is seven feet, six inches deep overall.

The deeper section features a nine and one-half foot bowl with nearly three feet of vert-wall in the southwest corner of the bowl with the added extension ledge. The vert-wall has concrete coping and pool tile at the top edge of the extension. It is absolutely awesome to watch the skaters perform in this area of the skate park. The Combi-Bowl is described as being extremely smooth and very fast. The City considers the Combi-Bowl the area of the park designed to challenge the intermediate skater and where some of the most sensational tricks and performances by the skaters can be seen. It’s just an exciting area in which to see the skaters use and hone their amazing skills.

The City requires everyone to wear helmets, knee pads and elbow pads while skating and our rules are strictly enforced for everyone’s benefit.