Our lives are peppered with joyful memories that inspire us to look back fondly and look forward hopefully. Moments like falling in love, getting promoted, the birth of a child… or, in the case of Wil Stiles, all of the above rolled into one.

“We had decided, ‘Hey, let’s just open the doors and do a full day’s worth of work and it’ll officially be the day that we’re open.’” These are the recollections of the shop’s titular owner, who continues, “And it was the first day of the AIDS Walk, which was pretty cool. There was a marching band outside, and it just gave us this small town vibe, which was great.”

Palm Springs was the perfect fit for the fashionista, who assesses, “Felt very serendipitous, y’know? All that positive energy that’s here in the town. It just happened. Carol Channing was over there sitting underneath the awning at the flower shop with this marching band playing for the people who were doing the AIDS Walk. It was pretty awesome. That day made us feel like we made a good decision.”

And it was a decision he made with his partner-in-couture, wife Molly Bondhus. “She was a clothing designer and she was showing me some pictures of some cool mid-century houses that just happened to be in Palm Springs. So one July we made a visit out here and the two of us made an offer on a house the first week we were here. That was like 15 years ago.”

Molly and Wil Stiles had already established their effervescent style, but were still relying on collaborators to get their brand off the shelves and into the world. “We were working in Los Angeles all the time, but I didn’t like to spend all those days on end just killing time between appointments and plane flights. The fashion industry moves a little slow sometimes.”

So they took a reflective step back to make a giant leap forward in Palm Springs.

“We just came here to have out own little private retreat and sort of melt into the city,” Stiles luxuriates. “It was the mountains and the promise of warmth and the architecture. The people were very open and friendly and it wasn’t the same kind of vibe you get in the rest of other larger metropolitan areas in Southern California. People had time to slow down enough and be friendly. It’s got a small town kind of Hooterville thing. We like that.” 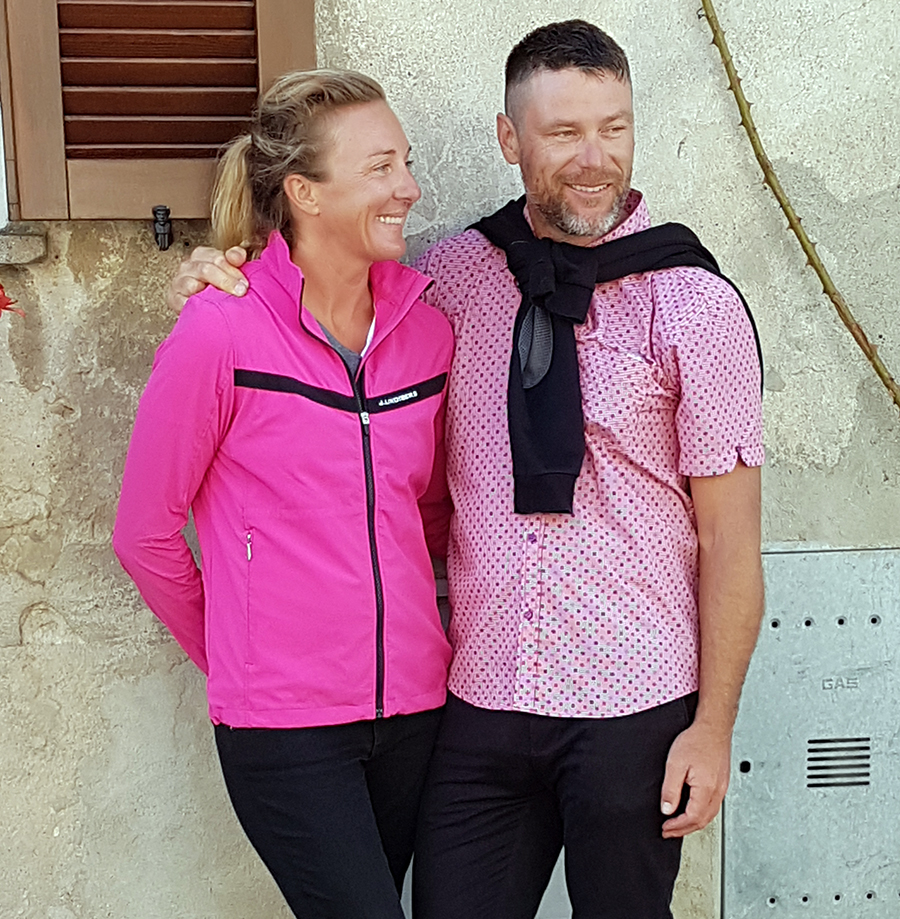 Wil’s enthusiasm immediately began trending, much like his signature looks. He found himself among fast friends, and their support bolstered his confidence as a new business owner and a Palm Springs tastemaker. “Ten years ago we opened, probably around the same time as Trio opened. So we kinda stepped into this little neighborhood when this new, hot restaurant was opening and we were this new little clothing store and it was very symbiotic. Tony Marchese and Mark Van Laanen, like we had this whole thing where we energized each other, being entrepreneurial. We weren’t the only ones diving in.”

But Wil Stiles has made a definite splash. His color schemes brighten the local fashion landscape while perfectly amplifying the existing Palm Springs aesthetic. “People come in to Palm Springs and they love the mid-century architecture, they love the idea of the past, and some of that’s in our store. We’ll see some pieces that just scream 1960’s, and we’ll have some 70’s glamour, Studio 54 kinda stuff. We’ll have a finely tailored men’s suit that looks like someone would have worn it in 1950.”

A stylist for the ages, Wil  Stiles narrates, “We curate clothing from all decades. Everything’s sort of mashing together now because there are really no rules in fashion, officially.”

But the one faux pas he refuses to make: boring clothes. “If it’s basic, I tend to pass on it. I just don’t really notice it, so we don’t buy a lot of basic.”

Neither bound by time nor space, Stiles draws inspiration from the global catwalk. “We like to buy brands that are from all over the world. We design our own line of shirts now and we have these exclusively in our store.” Harnessing his wild side, Wil Stiles adds, “We recently designed a line of leather women’s clothing and people are coming to the store just for that.”

Don’t be frightened by the edgy side of Stiles. He repeatedly affirms his commitment to a sunny design disposition. “Fashion can be kind of intimidating, but we like to keep it really cheerful, warm, friendly and fun and upbeat,” he beams. “It’s our job to have fun with it, and then our clients come in from all over the country and all over the world. Some of them are jetsetters. It’s our job to entertain them. Even though they may live in New York, they’ll come into our store and see things that they’ve never seen.”

Word Of Mouth Is Music

Word of mouth is music to Wil’s ears, and he depends on customer satisfaction to act as a beacon to his storefront. “We don’t really advertise; our customers are our advertising. So I really want people to leave with stuff that they’re really, truly happy with, and they’re enthusiastic about. And like every time they put it on, they get compliments and they feel good. When people come back to the store and tell me that’s happened, then we know we’ve done a good job.” 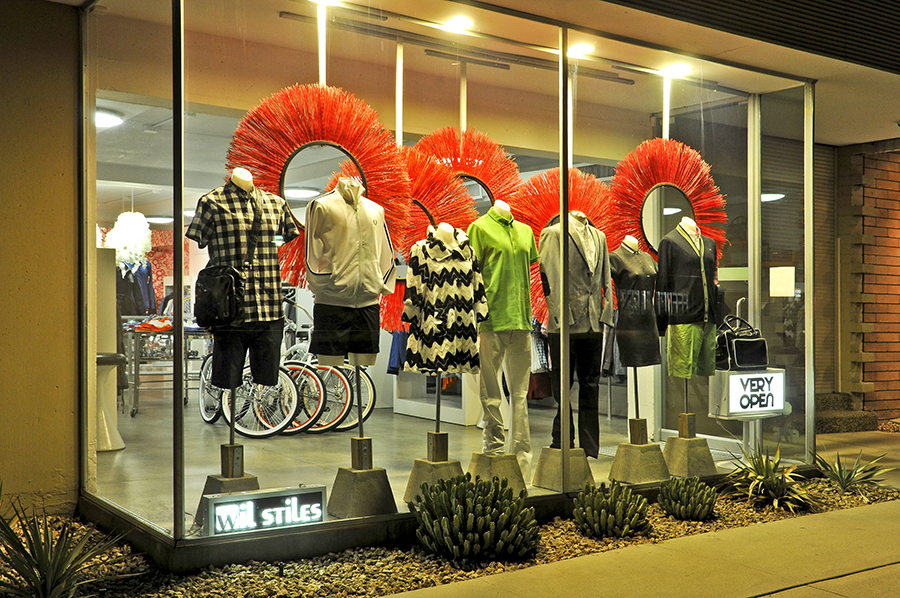 It’s a commitment to excellence that drives Stiles not only personally, but also communally. He is fiercely dedicated to our hometown, and expresses his passion freely. “I just think Palm Springs is a really unique place and we just try to honor that with what we do. They have this slogan: it’s like no place else.” Taking the mantra to heart, he declares, “We want it to be Wil Stiles; not some other store. I want it to be like no place else. And part of that is the positivity, the friendliness, and the support. I want it to be all those things because that’s what it feels like for me and I want people to experience that.”

Sponsored Weather you are a novice or connoisseur, Extrax Palm Springs dispensary has something for… 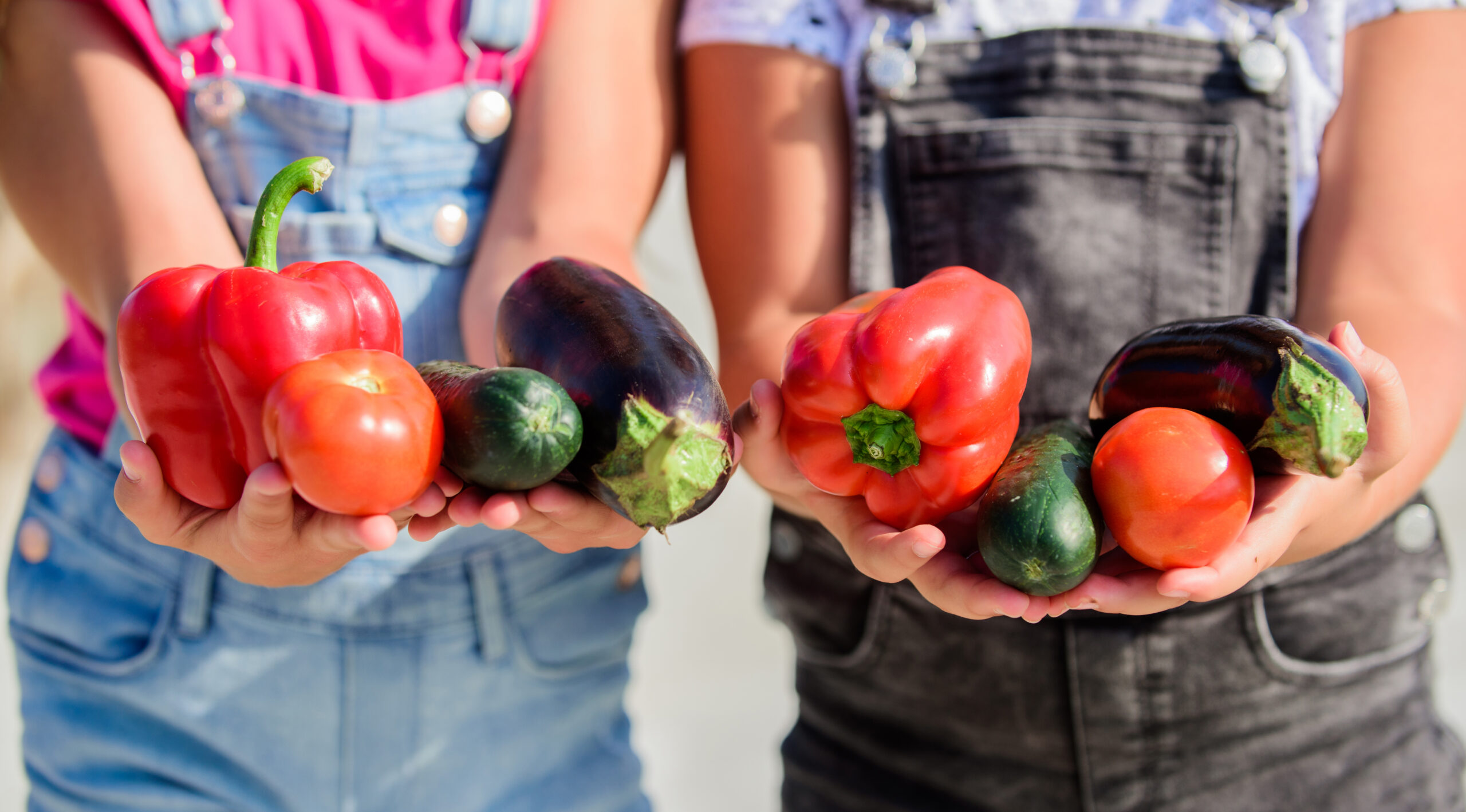 Where Local Flavors Flourish Every Saturday morning beginning at 8 am, the Palm Springs Certified…