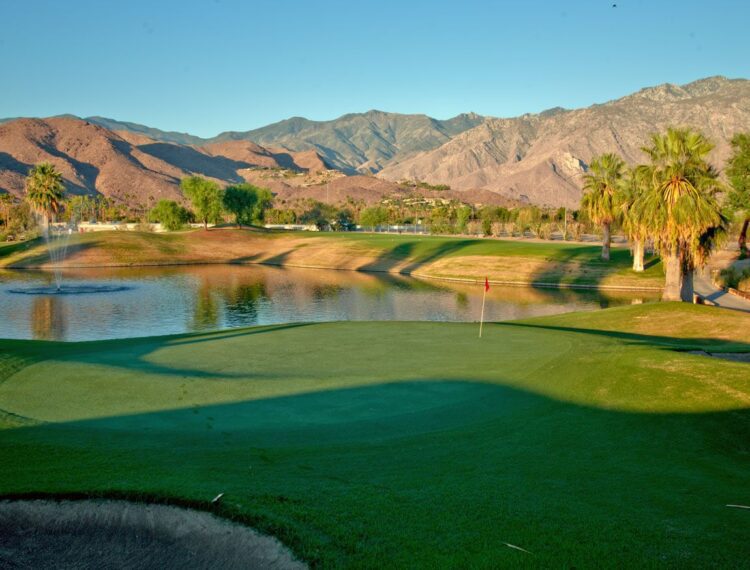 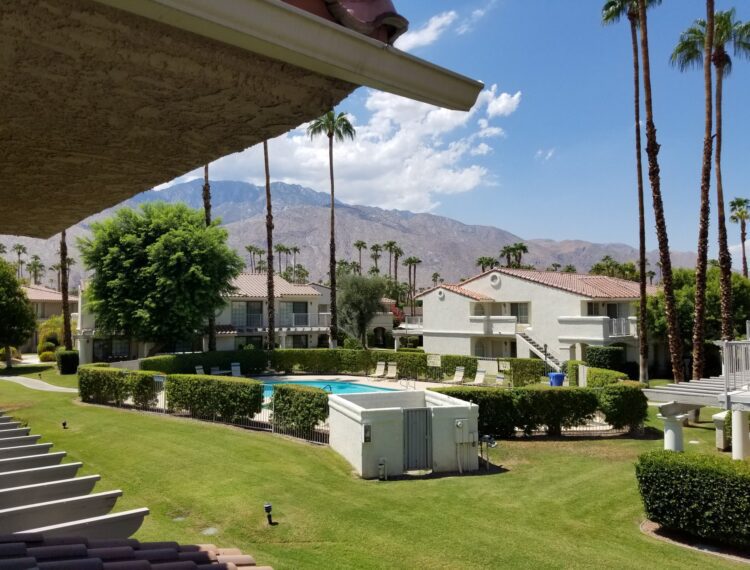 The Mesquite Country Club features moderately rolling with mature trees and spectacular views of the mountains. It is well bunkered, with eight small lakes and many palm trees. The course plays over and along a streambed, so it is much tougher when the water flows.

The Mesquite golf course is a traditional and mature 18 hole championship layout designed by Bert Stamps in 1985. Stamps developed Mesquite in the shadow of the majestic San Jacinto & Santa Rosa mountain range, offering golfers breathtaking views as they wind through 800 gently swaying palm trees. It features 5 lakes, mature tree lined fairways with 7 bridges, and provides a challenge for players of all skill levels.