Palm Springs is a desert resort city in the Colorado Desert’s Coachella Valley. The city covers approximately 94 square miles (240 km), making it the largest city in Riverside County by land area. With multiple plots in checkerboard pattern, more than 10% of the city is part of the Agua Caliente Band of Cahuilla Indian’s reservation land.

Palm Springs, California lies on the western edge of the Coachella Valley, within the Colorado Desert, and sits at the base of the San Jacinto mountains. Located approximately 110 miles southeast of Los Angeles and 140 miles northeast of San Diego, it’s an easy two hour drive. The permanent year-round population is about 45,000, and doubles during the winter season.

Palm Springs has more than 350 days of sunshine with less than 5 inches of rain. Winter temperatures average in the 70’s with nights in the mid-40’s. The dry desert heat of summer pushes daytime temperatures into the 100’s, which is enjoyed by sun seekers from around the globe.

More than 2,000 years ago, Palm Springs’ first residents were the ancestors of today’s Agua Caliente Band of Cahuilla Indians. One of many Cahuilla bands, the Agua Caliente Indians existed as peaceful hunters and gatherers, adapting to the extremes of desert summers and mountain winters. Much of tribal life centered around the lush vegetation and abundant water in the area known as Indian Canyons, site of North America’s largest natural fan palm oases. 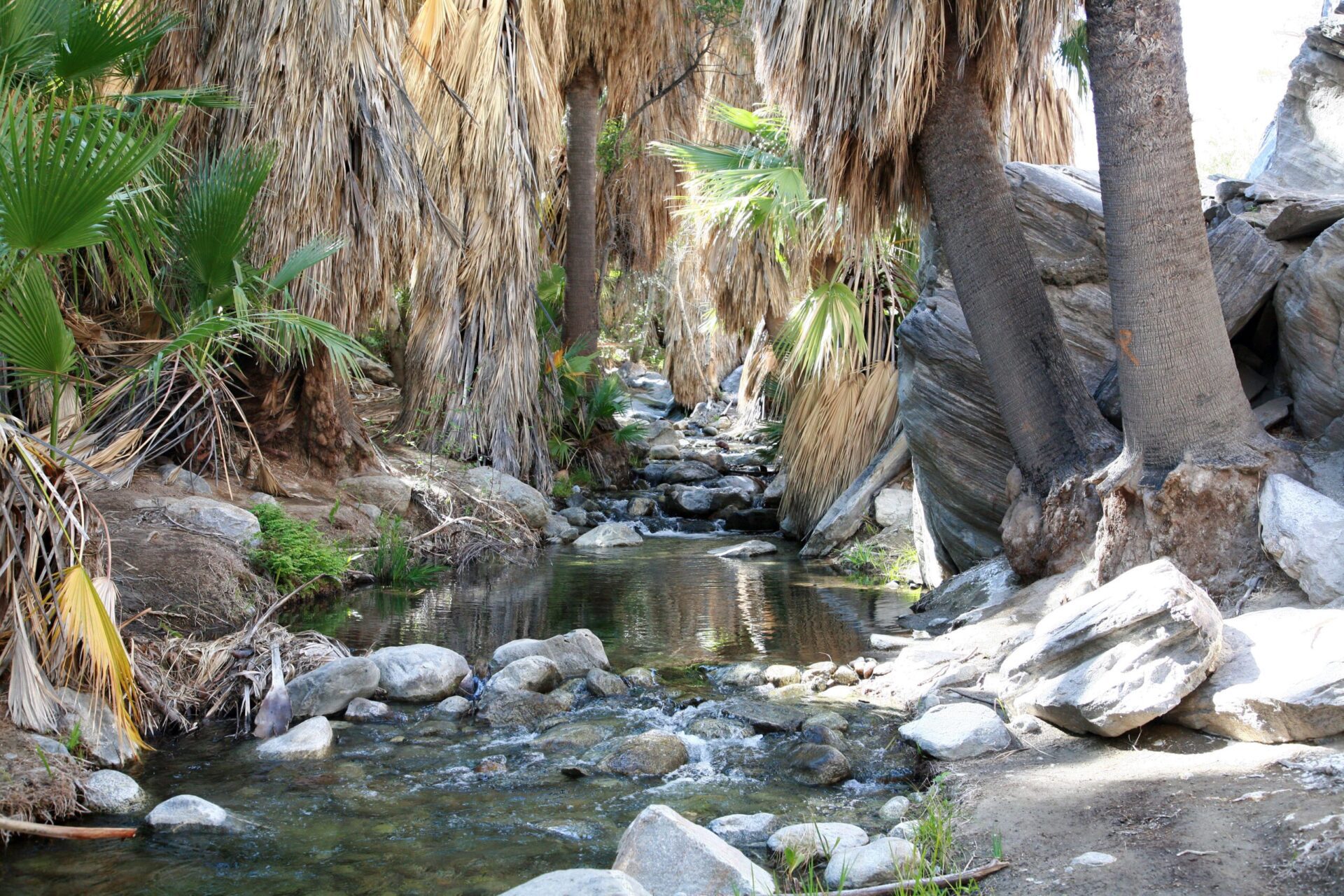 In 1853, a government survey party mapped Palm Springs and its natural hot springs mineral pool and established the first wagon route through the San Gorgonio Pass (now I-10). The hot springs became a popular spot for visitors and combined with the warm dry air, the city initially became known as a place to go to heal respiratory ailments, such as Taberculosis.

In 1877, as an incentive to complete a railroad to the Pacific, the US government gave Southern Pacific Railroad title to the odd-numbered parcels of land for 10 miles on either side of the tracks running through the Southern California desert around Palm Springs. The even-numbered parcels of land were given to the Agua Caliente Indians, but federal law prohibited them from leasing or selling the land to derive income from it.

In 1884, Judge John McCallum of San Francisco arrived in Palm Springs with his family, seeking health for his son suffering from tuberculosis. The first permanent non-Indian settler, Mc Callum purchased land from Southern Pacific and built an elaborate aqueduct. Dr. Welwood Murray built the first hotel, The Palm Springs Hotel, in 1886. The library on the corner of Tahquitz and Palm Canyon is named after him and sits on what was once his land. 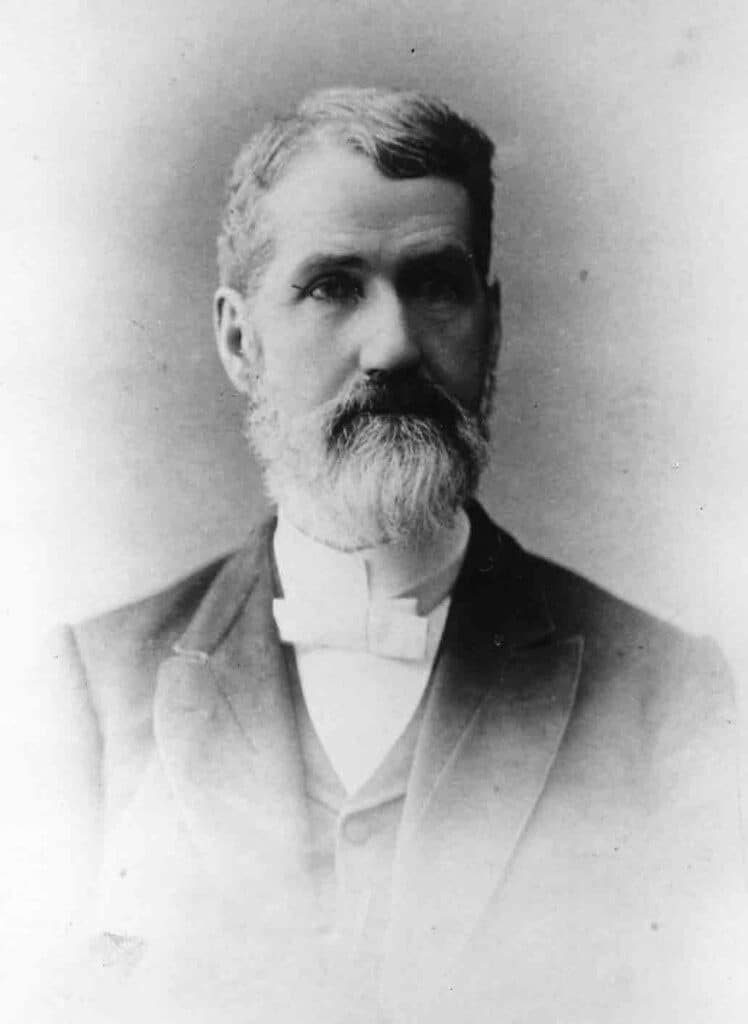 Palm Springs continued attracting more visitors and non-Indian residents, but it wasn’t until the Equalization Law in 1959 that tribes could realize profits from their lands. During these years Palm Springs grew rapidly.

By the time it was incorporated in 1938, the village of Palm Springs had become world famous as a winter playground for Hollywood stars, European royalty and business tycoons, all who came to enjoy the endless sunshine and serenity of the desert. With it’s charm, great weather, and no paparazzi, it was the perfect place to get away and be themselves out of the public and camera’s eye. 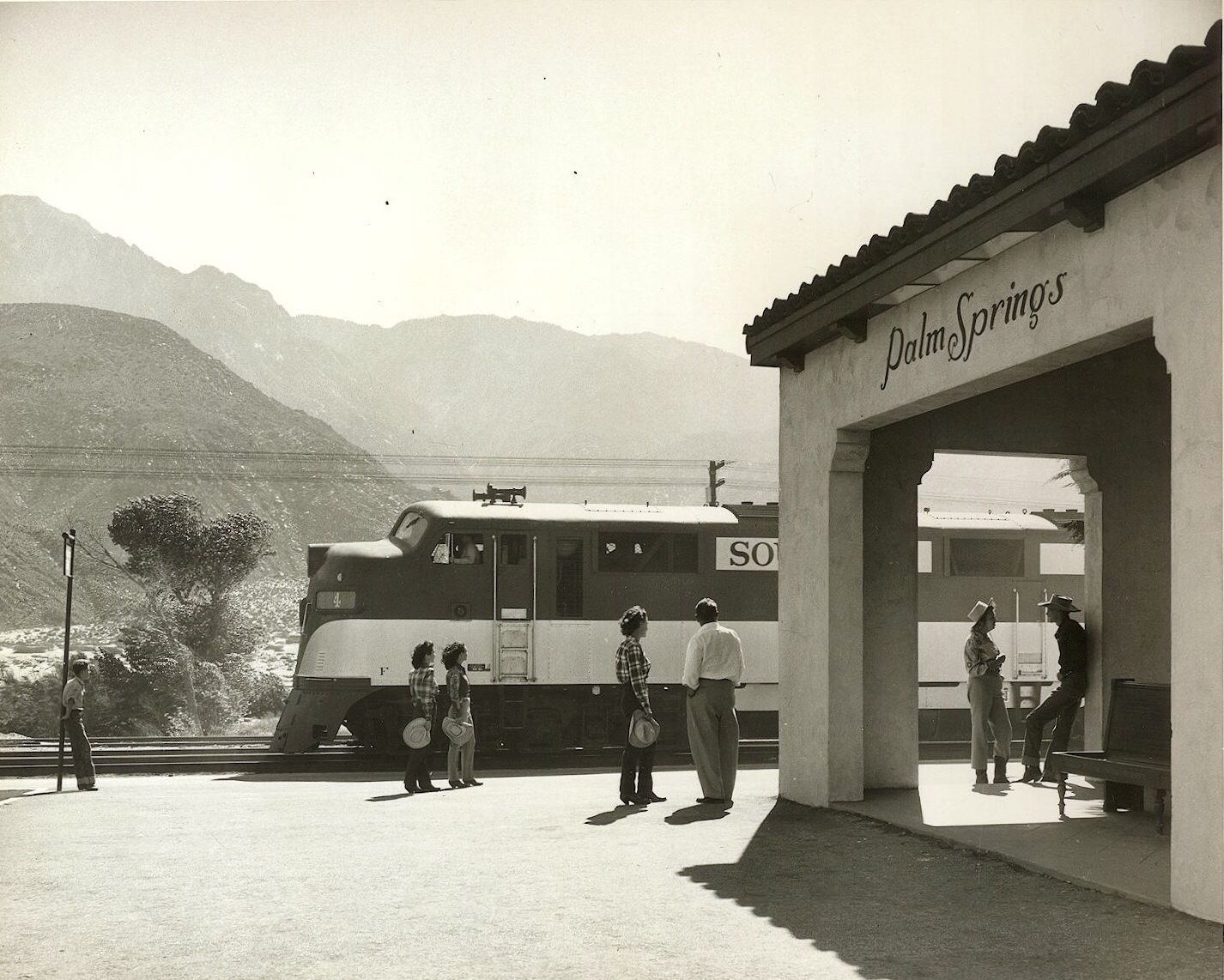 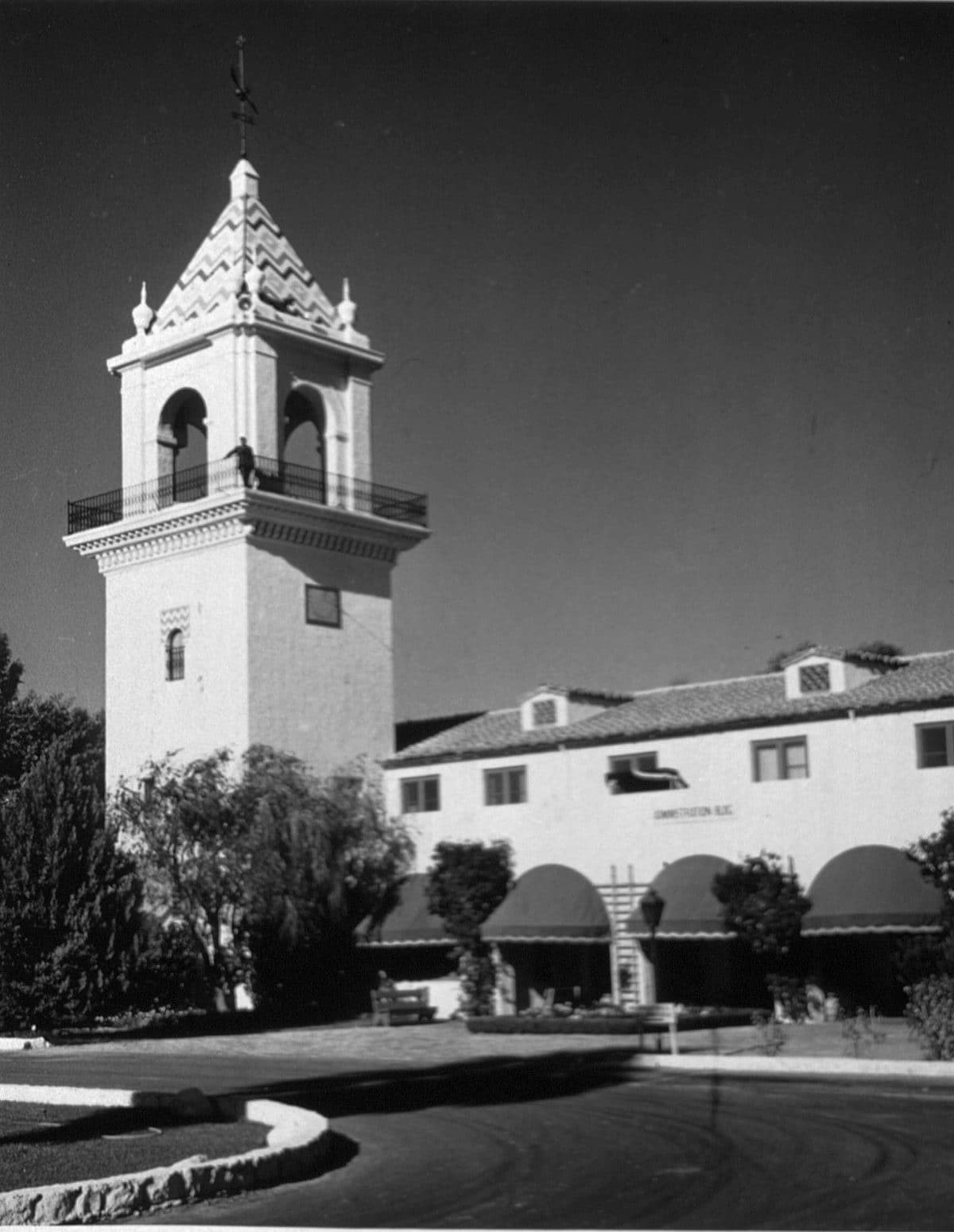 Palm Springs, California combines scenic mountain views with an eclectic mix of Spanish Revival and mid-20th century modern buildings. When the Alexander Construction Company came to Palm Springs in 1955, the father and son team had already built housing developments in Los Angeles. Working with several architects, they constructed more than 2,500 homes in Palm Springs and helped establish a modernist style. They are known as Alexander Houses. Fortunately, the large collection of midcentury modern architecture remains largely in tact. 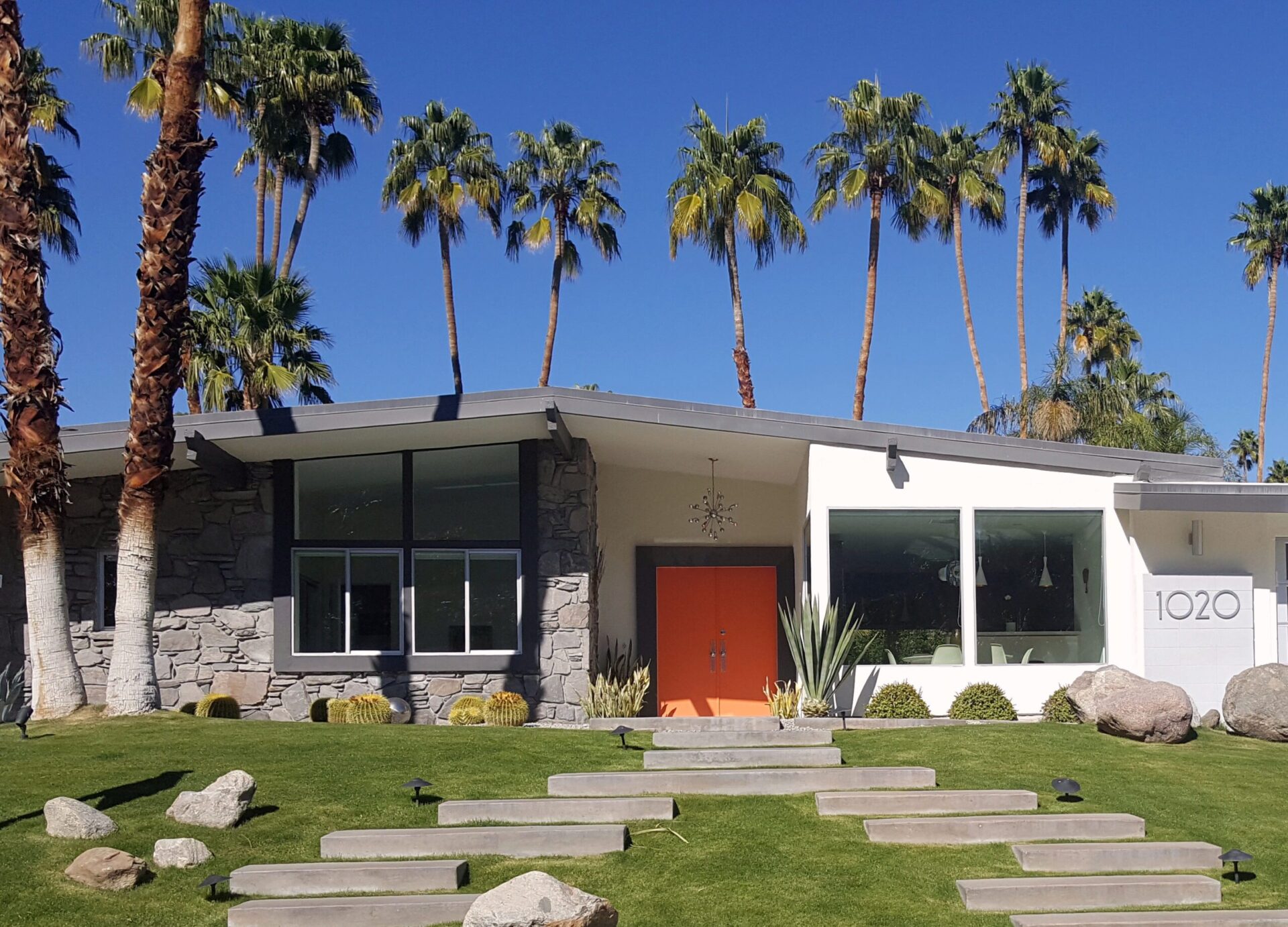