The Palm Springs Chamber of Commerce presents a Star Dedication for FRANK FERRANTE, Actor-Comedian on the World-Famous Walk of the Stars in Palm Springs on Tuesday, October 19th.

The star dedication will be held at 11 AM 125 S Palm Canyon Drive.

An actor, director, producer described by The New York Times as “the greatest living interpreter of Groucho Marx’s material.” Ferrante was discovered by Groucho’s son Arthur when Frank was a drama student at the University of Southern California, Frank originated the off-Broadway title role in Groucho: A Life in Revue portraying the comedian from age 15 to 85. Ferrante was nominated for the 1987 Laurence Oliver Award for “Comedy Performance of the Year” for the title role in Groucho: A Life in Revue in London’s West End and won the New York’s Theatre World Award for Outstanding Debut” for the same role. 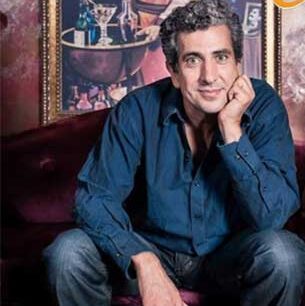