“What do you get when you mix an internationally acclaimed impersonator, outrageous comedy, great standards and a bevy of icons? The hysterical parody of Judy Garland and her guests found in Michael Holmes’ riotous, “The Judy Show!”
Encore Magazine

The spirit of Judy Garland is alive and well and in Palm Springs at the famed Purple Room Supper Club! This blend of hysterical comedy and outstanding music explode into an evening of nonstop belly laughs, glamour and high camp, as celebrated entertainer Michael Holmes parodies Judy Garland, who in her 1964 television variety show, played host to some of the greatest female icons of the Golden Age of Hollywood. With a killer wardrobe and razor-sharp wit, Holmes plays and nails them all, singing your favorite songs and thrilling the audience with charm, zingers and stories.

The Judy Show’s guests are always changing, so audiences never know who will surprise and delight them on stage on any given evening. Be on the lookout for Carol Channing, Mae West, Bette Davis, Katherine Hepburn, Pearl Bailey, Peggy Lee and Tallulah Bankhead, and of course, Holmes’ iconic interpretation of Judy Garland, all accompanied by celebrated Joel Baker on keys.

As one of the most sought-after celebrity impressionists in the country, Holmes’ unique blend of outstanding vocals, dead-on impressions and outrageous humor leave audiences wanting more and wanting to come back night after night to see who shows up on stage!

Based in Palm Springs, Holmes has established the award-winning The Judy Show as one of the longest-running and most popular cabaret shows in Southern California and regularly plays to sold-out houses throughout the US, Mexico and Europe. 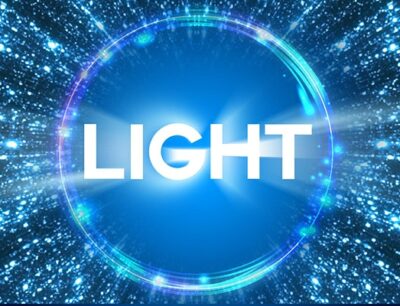 LIGHT is PS UNDERGROUND’s most ambitious and exciting dinner event to date. Back by popular…