Jimmy James is a sensational entertainer who was born in Laredo, but raised in San Antonio, Texas. He is a vocal impressionist/illusionist/ performance artist and former drag artist. His early performance career was very successful for his vocal impression and visual illusion of Marilyn Monroe.

His recent self-penned dance music album “JAMESTOWN” has garnered 4 & 5 star ratings on ‘iTunes’ and ‘Amazon.’ The concept album spawned a hit song entitled ‘Fashionista’ which has been used or licensed to television, film, fashion shows and more.

He currently tours the country in his one wo-man show with his many voices. His uncanny vocal interpretations of legendary ladies have been praised numerous publications. Don’t miss Jimmy’s debut in Oscar’s Showroom on Monday, July 25. 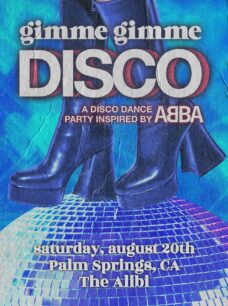