Ronnie Roberts singer moved to L.A to pursue a career in track & field, but turned his energy toward music as a vocalist.Played with noteworthy groups like Tierra, Brenton Woods, and LTD. Landed a spot on the nationally TV show, Dick Clark, taking 1st place in a singing competition. These experiences prepared him to be the Front man for the New Dyversity Band. Band performances at Pala, Harrahs, Golden Acorn and other venues/casinos. Johnnie Pendleton (know as Skip) guitar player for various “Show” bands in Vegas L.A and North SD county. Loves Purple and Prince. Now Joel Bond, one of the baddest and flamboyant bass players, name that SONG and he will PLAY it. Carl Edmonds the QUIET GIANT they call him on keys, dynamic player of many genres, Jazz, Top 40, R& B Old School Funk. And last but not least (JT) John Tabor on drums holding down the heartbeat of the band. 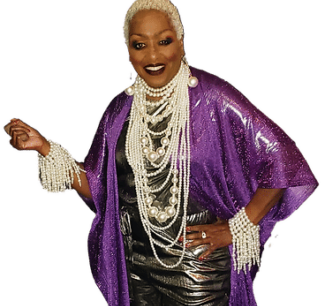 Rose Mallett at the Purple Room 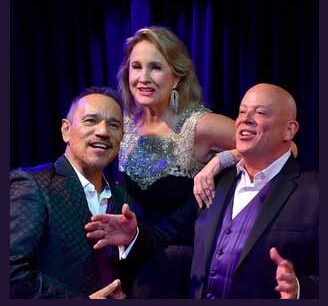 April 30, 2023 – May 1, 2023 @ 9:00 pm – 1:30 am – Cascade Lounge, located just off the casino floor at Agua Caliente Palm Springs, is the perfect place to enjoy dancing, drinks and nightlife in the heart of downtown. Enjoy a great selection of beers and mixed cocktails from our full-service bar, then head to the dance floor to enjoy our state-of-the-art sound and lighting system. […]