The Coachella Valley Symphony will perform selections from the stage and screen including West Side Story by Leonard Bernstein, a medley from the musical Chicago, and music from The Pink Panther, Peter Gunn, and Summer of 42.

On May 1st only. The Coachella Valley Symphony will be joined for a special performance by Grammy® Award winning vocalist in contemporary jazz, Diane Schuur. Ms. Schuur, nicknamed “Deedles”, has released over 20 albums, and has extended her jazz repertoire to include essences of Latin, gospel, pop, and country music.  The Symphony will also perform Leonard Bernstein’s Overture to Candide, Richard Wagner’s Overture to Rienzi, themes from the 1942 film Casablanca, and music from the television series Hawaii Five-0. 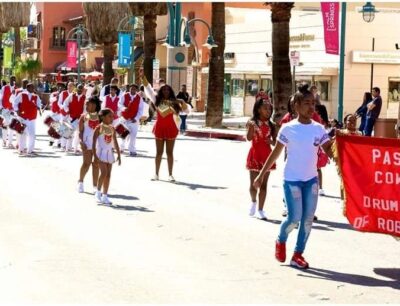